We thought we'd have a go at making an Eric Carle inspired birthday card for my mum, here's how we got on. 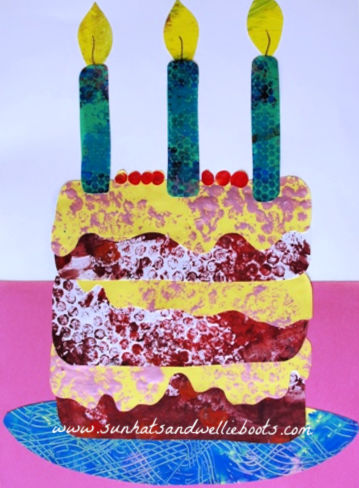 I've loved Eric Carle's artwork since I was a child, & fondly remember the illustrations in books such as 'The Very Hungry Caterpillar'. There is something magical about his style that just draws you into the book. How fantastic I can now share them with Minnie who is equally captivated by them.

Eric Carle paints on layers of tissue paper to create his art, but we opted for coloured card as it was a little stronger for my enthusiastic artist to paint with!

She selected the colour card she wanted & the paints & I added some paintbrushes, small sponges, squares of bubble wrap, squares of punchinella, toy cars/lorries, & a fork. Minnie then began exploring with these & creating her patterns. 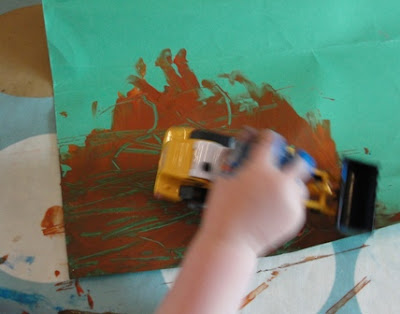 The wheels on the vehicles were great fun to create patterns with.
﻿﻿﻿ 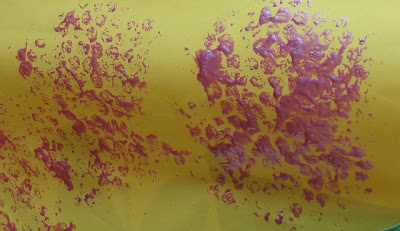 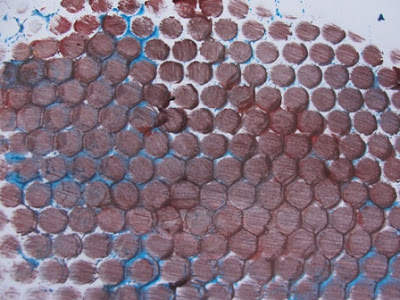 Minnie sponged brown paint over a square of punchinella to create these prints over the blue paint. This became the layers of the cake, along with more brown sponge prints.
﻿﻿﻿﻿ 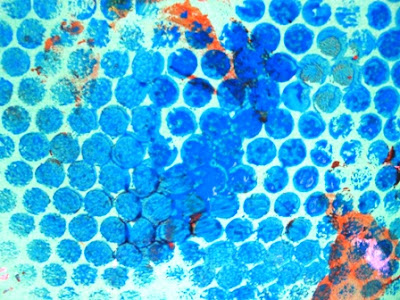 These gorgeous bubblewrap prints became the candles for the cake, & the swirly patterns created with the fork were used to make the plate.
﻿﻿﻿ 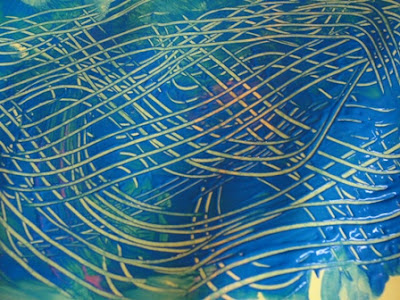 ﻿﻿
Once dry, Minnie decided what colour the cake, plate, candles etc would be & described the shapes that she wanted. Once we had cut them out we arranged them onto a large sheet of folded card.

When the cake was finished Minnie decided the cake needed red cherries on the top! So with a little red paint & a few fingerprints Minnie created her cake topping. 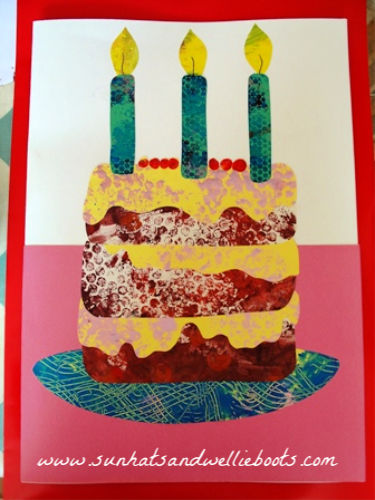 And there it is... a birthday cake fit for any hungry caterpillar... or grandparent!

Looking for more Eric Carle inspired activities?
You might like these
"I See a Song" painting with music
"Little Cloud" Outdoor Play
"The Hungry Caterpillar" exploring shape