Take some cotton wool, a preschooler's imagination, & Eric Carle's beautiful book "Little Cloud", & you have an outdoor adventure which lasts an entire afternoon. 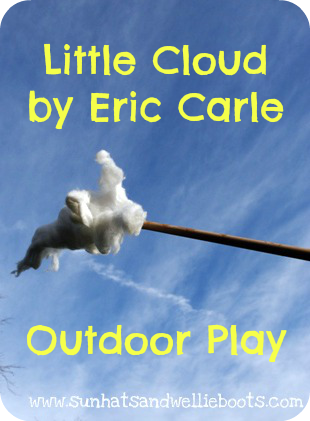 Minnie found some cotton wool in our craft box & told me she'd found a cloud! I suggested we could take it outside along with our copy of "Little Cloud." Here's how our adventure unfolded...

Our little cloud was blown around the garden by Minnie. 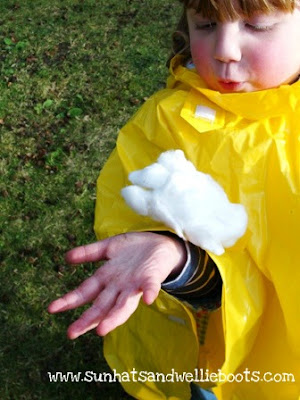 It flew onto the low grass... 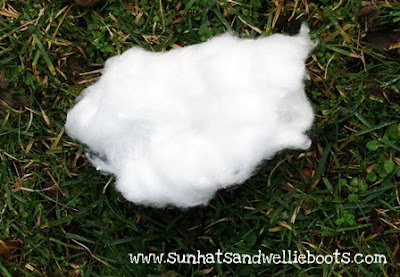 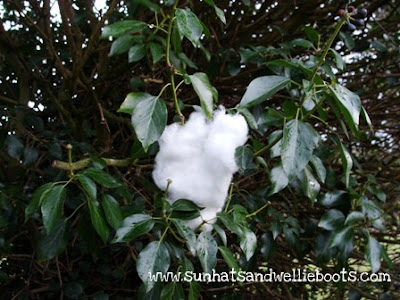 It blew towards fence posts... 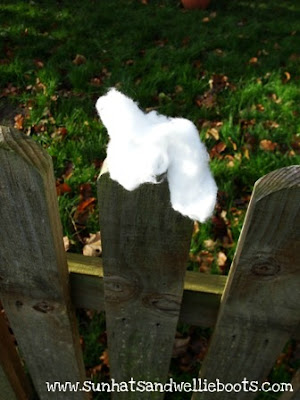 & stuck to walls, with a little help from Minnie! 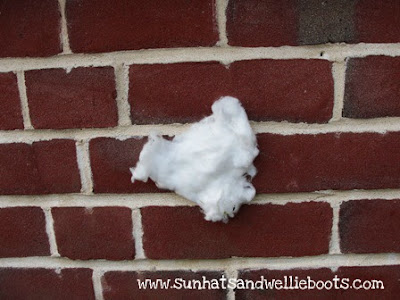 It landed on open palms. 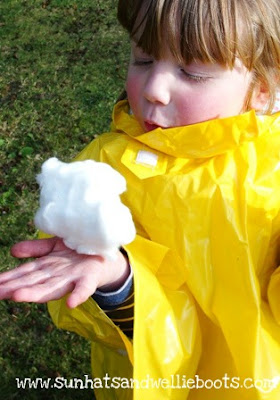 It flew high in the sky on a stick! 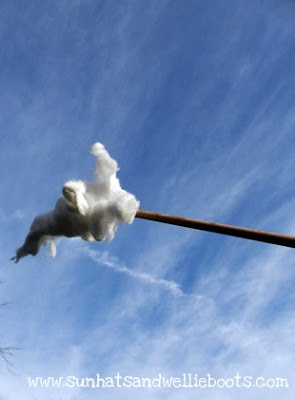 It even moved around the garden on wheels! 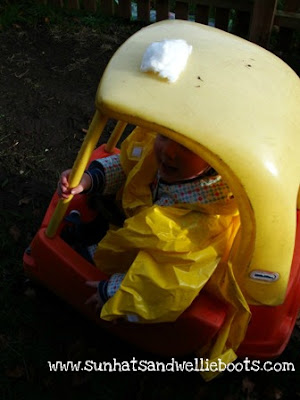 It was described as soft, tickly, & fluffy to hold... 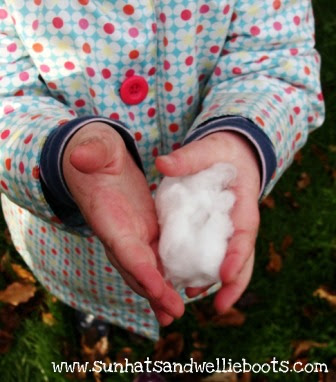 & created so much joy as it was explored! 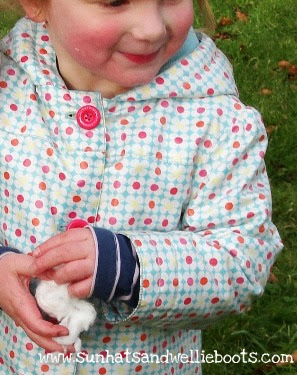 We love "Little Cloud" by Eric Carle, it's one of those books you just want to read outside! It tells the story of a little cloud who drifts away from the other clouds, & transforms into a wonderful array of shapes, including a sheep, an aeroplane, shark, clown & other objects he has seen on his travels. It encourages so much imagination & wonder, & an awareness & appreciation of the beauty of nature. You can't help but want to go cloud gazing after you've read this book, just to see what shapes you'll discover in the clouds.

The book (along with the cotton wool) inspired so much imaginative play, wonder & discovery. Minnie had again stepped into a book & explored it in a way that was relevant to her. Don't you just love how a story can open up so many new worlds.