Today we're celebrating National Winnie-the-Pooh Day!  The day commemorates author AA Milne's birthday back in 1882, & we thought it was a perfect day to celebrate friendship, one of the key themes running through the books featuring Pooh Bear. So inspired by this special bear & his stories we created these Pooh Bear Friendship Boxes. 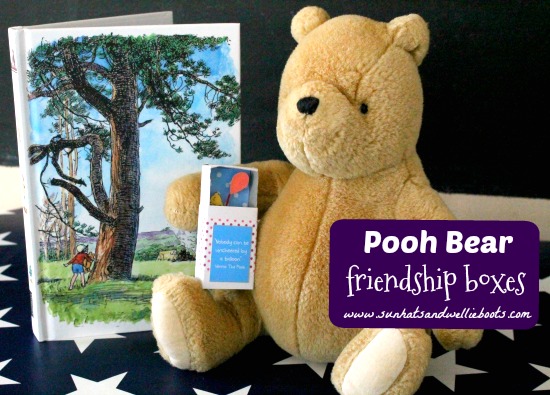 As a child I used to love reading the adventures of Winnie-the-Pooh & friends as they explored Hundred Acre Wood together. There was something captivating about the beautiful but simple illustrations by E H Shepard sketched throughout the pages, & these together with Milne's text made these story books so magical & memorable.

I only discovered recently that the cute fictional Winnie-the-Pooh was actually inspired by a real black bear called 'Winnie' who was housed at London Zoo during the First World War. Milne who would often take his son Christopher to the Zoo noticed how fond his son was of the bear, Christoper even named his toy bear after her, along with a real swan named Pooh! 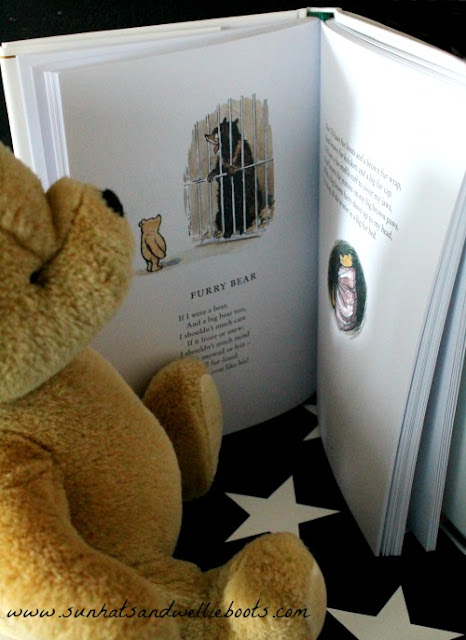 Winnie-the-Pooh first appeared in print in 1926 & since then has been entertaining children & adults alike with his humorous & heartwarming adventures. So many of Pooh Bear's expeditions are shared with his close friend Piglet, & as the two ponder & explore life's mysteries together Milne offers the reader so many wonderful verses which sum up friendship so perfectly. Using some of these quotes we created these little matchbox gifts to share with friends. We hope they'll not only brighten their day, but also remind them of the wisdom of Pooh Bear & Piglet. 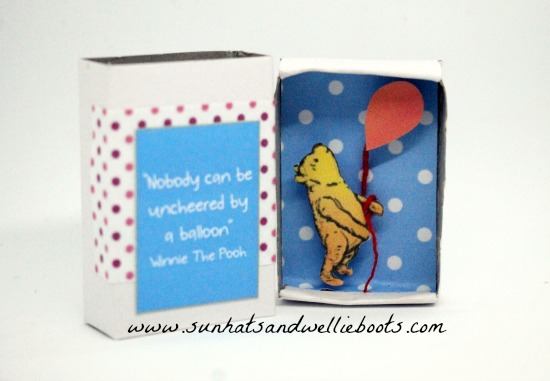 We searched through our copies of "Winnie-the-Pooh" & "The House at Pooh Corner" to find some small illustrations we could use for our gift boxes. Many of these drawings were the perfect size to fit the inside a matchbox. We traced our images from the books by carefully drawing around the illustration with a sharp pencil & tracing paper. Once finished we turned the tracing over, scribbled on the reverse with the pencil, before turning the tracing paper over again & drawing around our original tracing onto a piece of card. We then finished our illustrations with pens & watercolour paint, & once dry we cut out our characters ready to use. Alternatively you could of course draw your own Pooh Bear & Piglet, but bear in mind they need to be small enough to fit inside the matchbox. 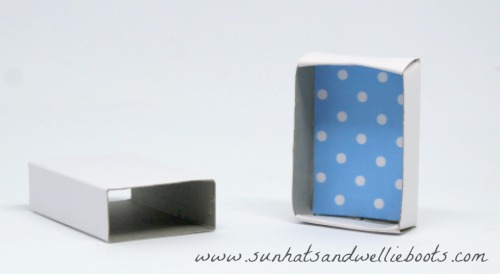 To add some colour to the back of our matchbox we cut a small section of wrapping paper (the same size as the base of the box) & secured it with glue.  We added a matching strip of paper to the front of the box too. 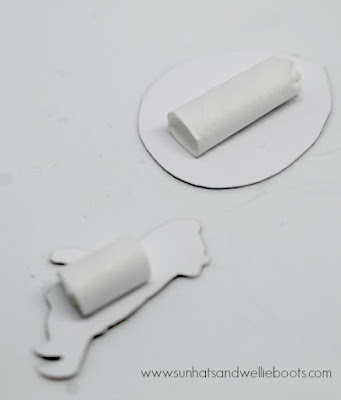 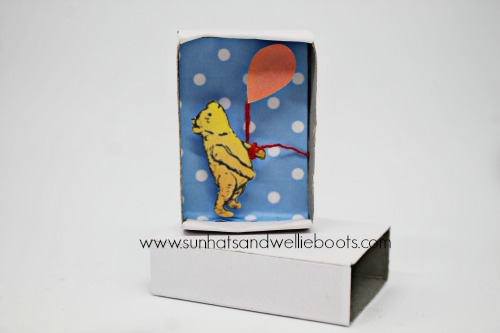 The matchboxes would've made cute gifts as they were but we wanted to add some Winnie-the-Pooh quotes, so after searching online we found some that we hoped would make people smile. After printing these off we glued them to the front of the box, & to the inside of some boxes too on a folded slip of card. 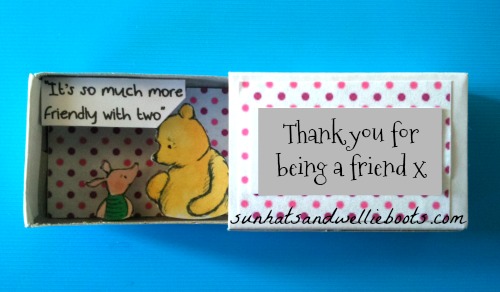 Our completed Winnie-the-Pooh boxes were finished & ready to share with friends. A little homemade token that celebrates the precious gift of friendship. 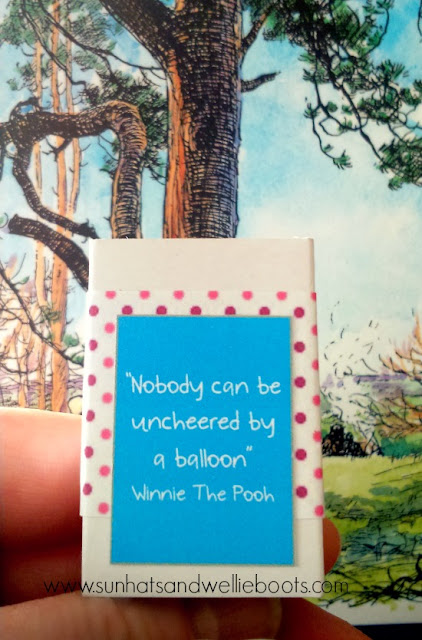 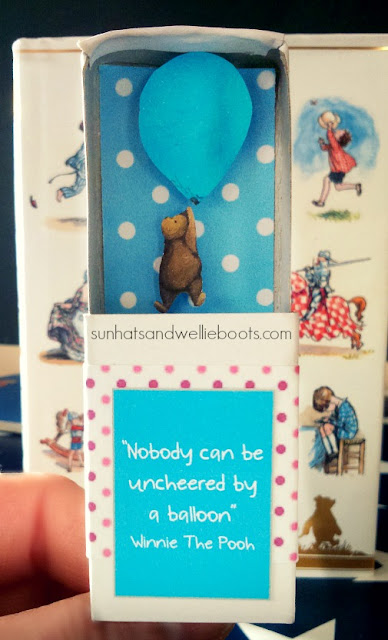 Happy Winnie-the-Pooh Day, & happy birthday A A Milne, thank you for creating such wonderful book characters that have meant so much to so many.