Yesterday was Stir Up Sunday, the day traditionally you make (& stir) your Christmas pudding! So we made our Christmas pud & each made a wish as we stirred the ingredients together. Minnie isn't a big fan of this classic Christmas dish, so instead, we decided to create
Christmas Pudding Play Dough! 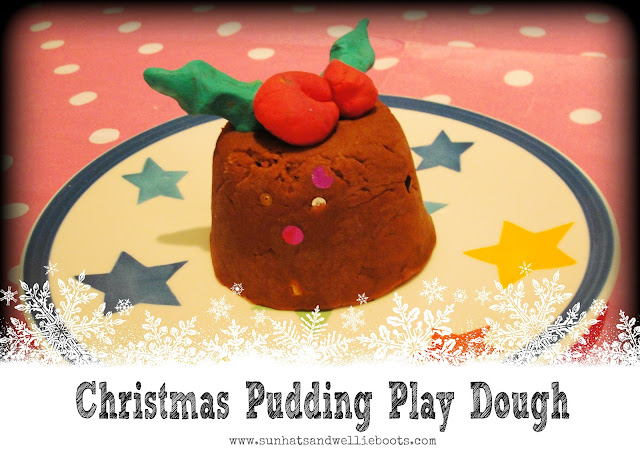 To make our Christmas Pudding Play Dough we started by making a batch of our Chocolate Play Dough:

We mixed the dry ingredients together in a large bowl, & then added the oil before gradually adding the water. Mix together with a spoon, before kneading it into a dough with your hands. 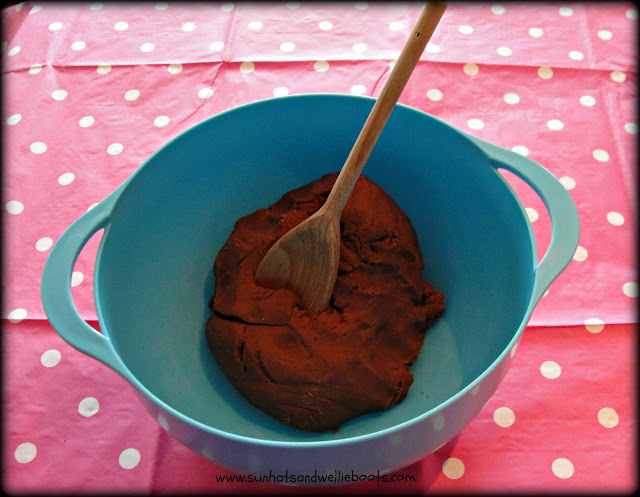 To help create the scent of a Christmas pudding Minnie added a few pinches of
Allspice
Cinnamon
& Ground Ginger.
She obviously enjoyed this, & added more & more! Soon the kitchen was smelling like a spice factory, & I was wondering if the play dough would start to dry, but amazingly it retained its original consistency. 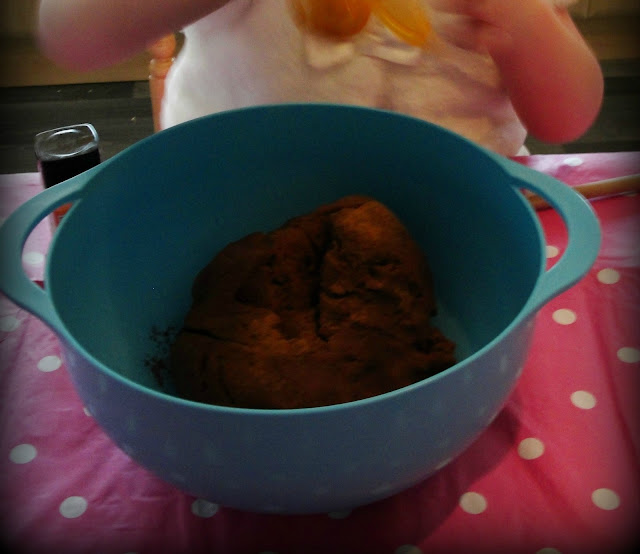 I set out a few 'alternative' ingredients which could be added to the dough; hammer beads, sequins, glitter, & cinnamon sticks. I purposely didn't suggest which ingredients they could represent, instead Minnie & I looked up a Christmas pudding recipe together & she decided what they could be. She also added a few extras; small coloured pebbles, & different coloured glitter. 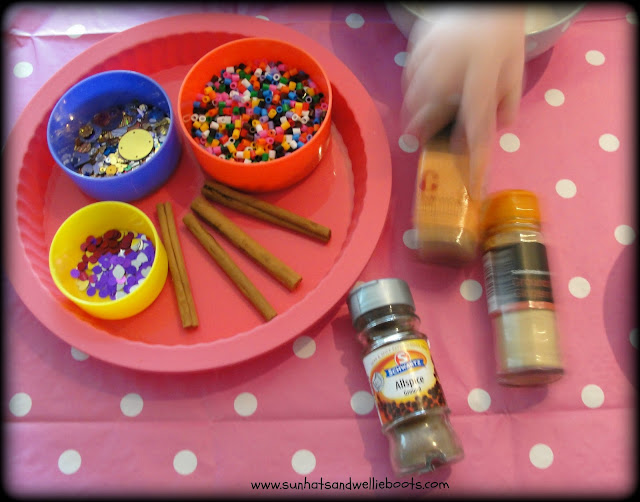 I wish you could smell this play dough, the scent is just so Christmassy! 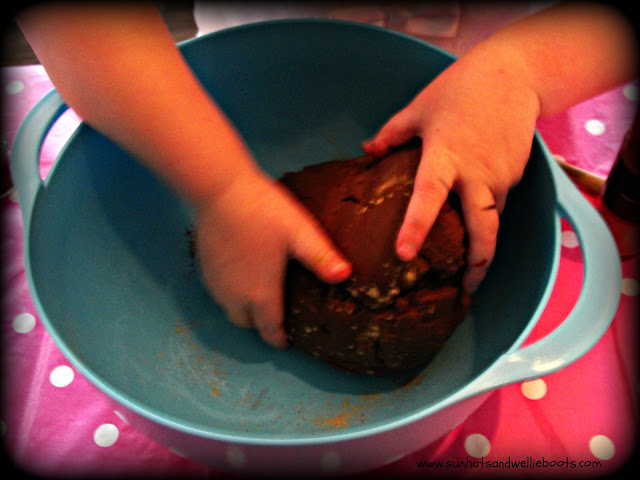 Minnie used a bowl to make a dome (pudding) shape & then set to work decorating the top! 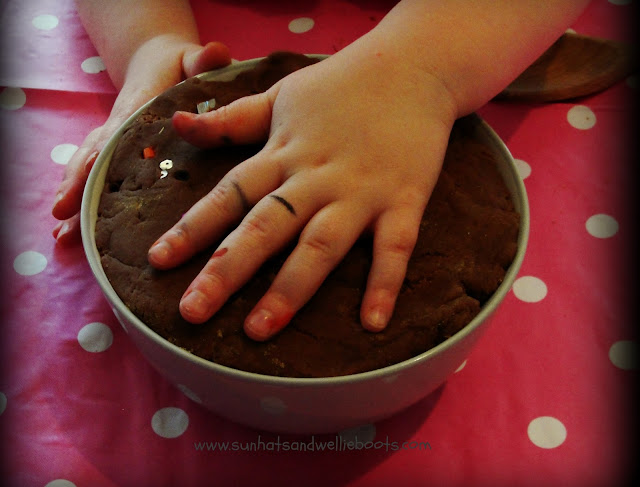 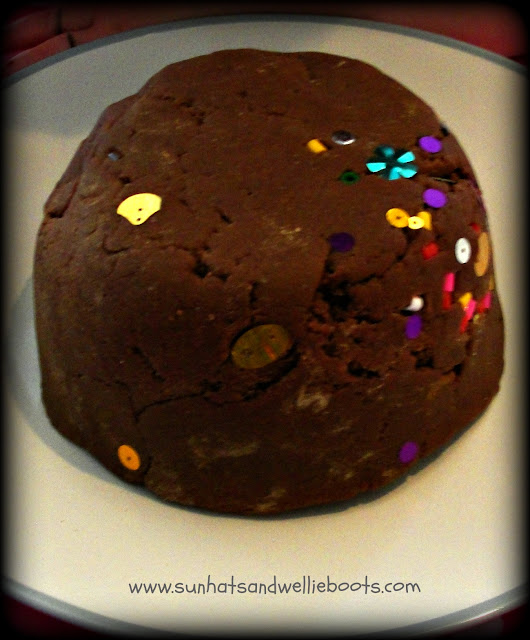 I love her play dough holly berries & leaves on the top, & I think you'll agree the cinnamon sticks add a certain something to this pud! 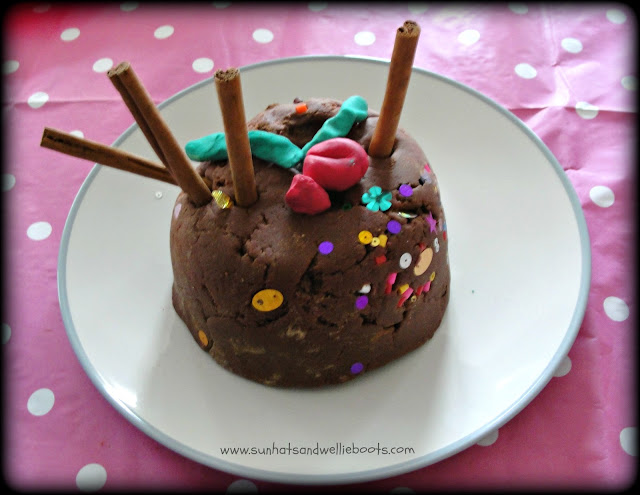 She dished the pudding up for her toys, & added some 'ice-cream' play dough that we had left from our owl ice cream. 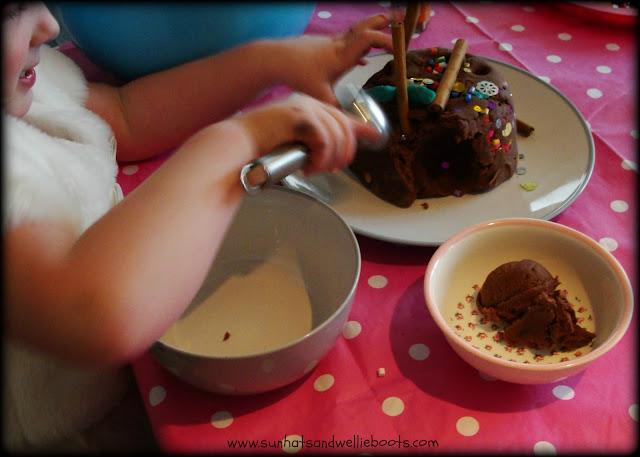 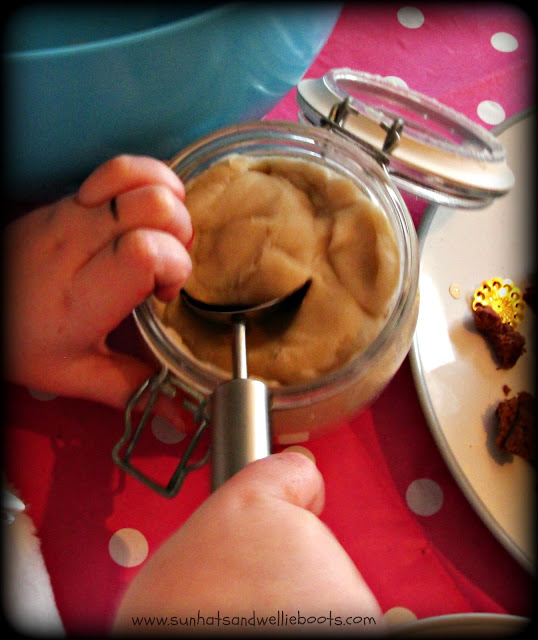 A few 'sprinkles' were added to the pudding & it was ready to serve to hungry toys! 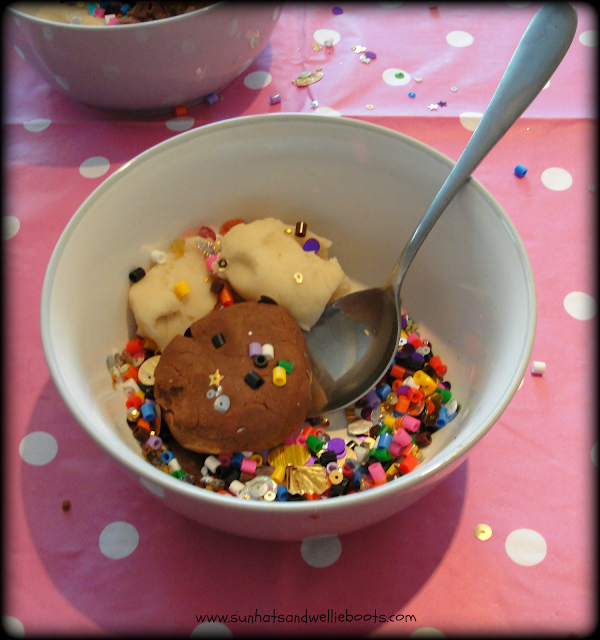 This is a real multi-sensory treat, & a great way to explore a traditional Christmas dish, even if you don't like the taste of the real thing! 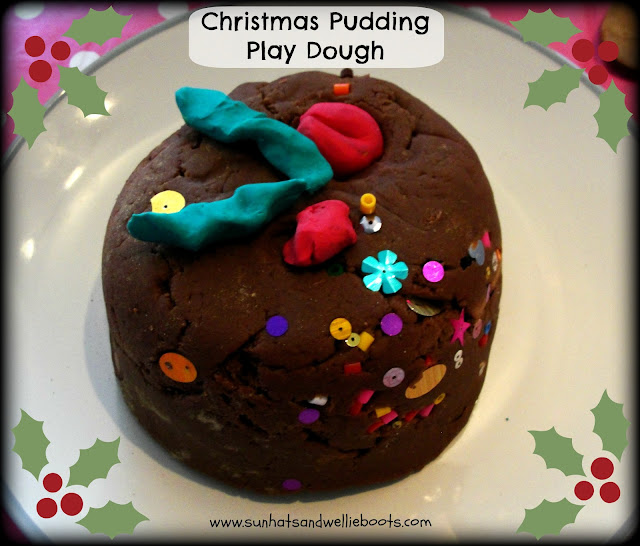 For more Christmas play ideas, crafts & activities click on the
'Christmas Crafts' tab at the top of our page.