During the recent warm weather, we've been making plenty of ice cubes to help us cool off in the heat. Minnie has been fascinated by them, wanting to hold them, & watch them melt at every opportunity! So with this in mind, I set up this coloured ice play. 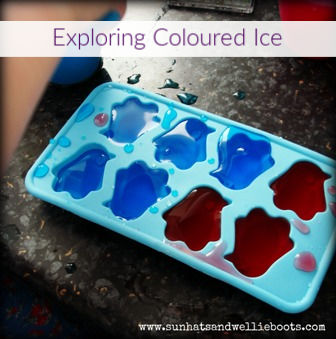 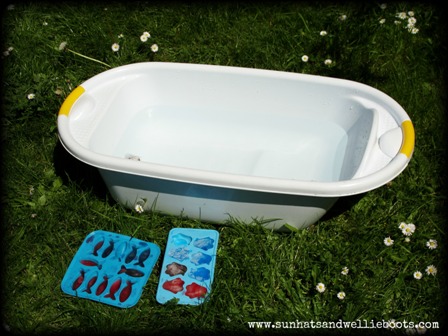 Firstly we made our ice cubes using 3 drops of blue & red food colouring mixed with a little water. Minnie then transferred the coloured liquid to each compartment using a small spoon. 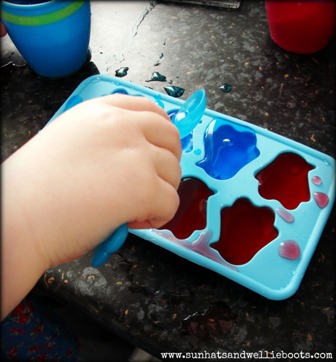 She did a great job filling each section & managed to keep the colours separate. I was amazed at the concentration & care as she did this, & her hand eye co-ordination & motor skills. 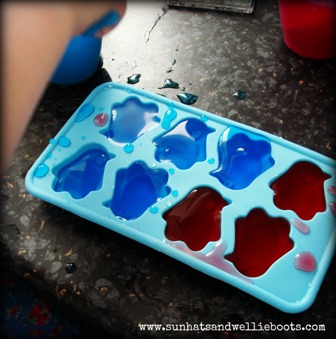 We transferred our coloured penguins & fish shapes to the freezer & left for a couple of hours until solid. Minnie was so excited to have made ice & couldn't wait to get the shapes out to explore more! Not only did the coloured ice look inviting to play with, it gave us a great opportunity to explore solids, liquids, the process of melting, temperatures, texture & colour mixing. 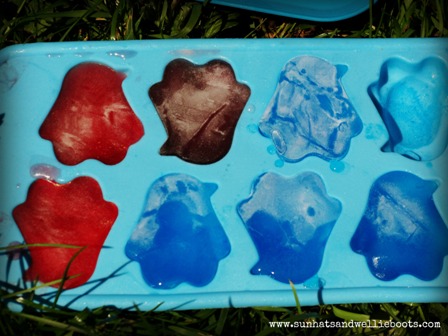 Of course the first thing she did was to feel the ice in her hand & observe it as it started to melt leaving the coloured water in her palm. 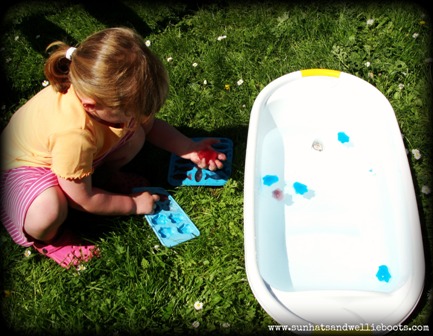 When it got too cold to hold she dropped each shape into the warm water. Soon all the ice shapes were added & quickly began to melt. As we were outside on a sunny day the ice provided some great shrinking shadows to follow too. 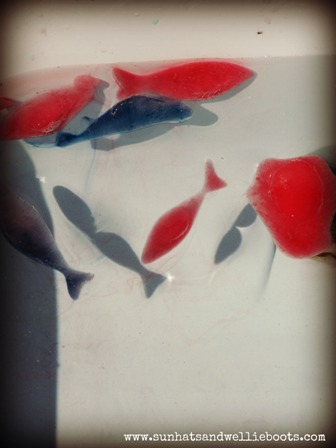 Minnie tried to catch the ice as it floated around the bath, & noticed that the water was gradually becoming cooler as the ice melted. 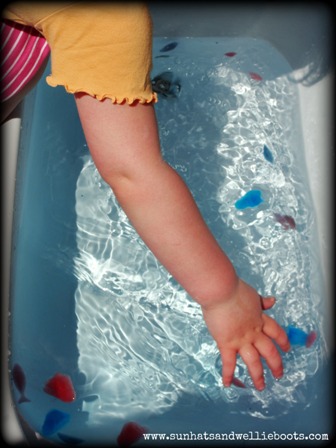 As the ice melted it left a trail of colour behind, showing the solid becoming a liquid once more. 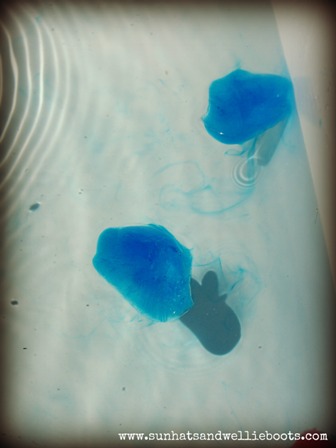 The clear water we had started out with was turning a light blue/mauve as the coloured ice started to bleed & mix in the water! 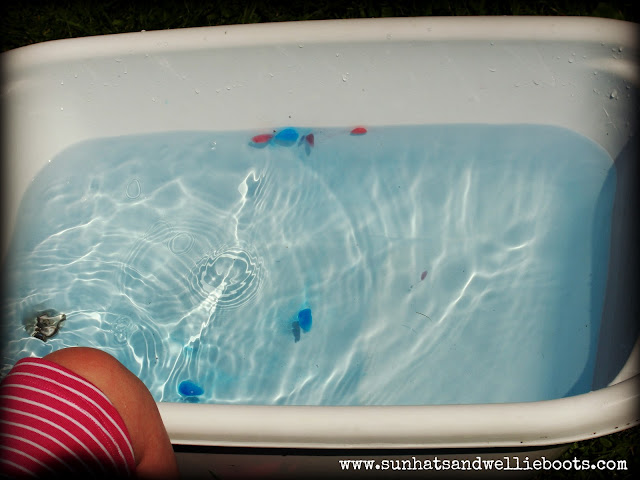 This water play was a simple way to explore freezing & melting. It prompted many questions & discoveries, as well as plenty of sensory play. The cool blue water was just too tempting for these little feet to resist! 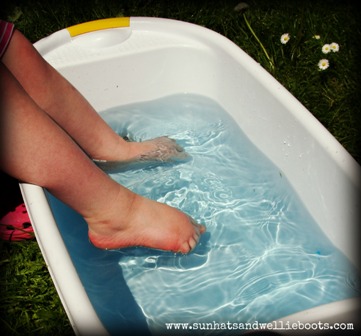 We enjoyed this activity outside, but it would be great to explore indoors too, either in the bath, or in a large container on the kitchen floor (perhaps with a few towels too in case of spills)! Next time I think we'll add more colours & more ice cubes to see what happens...