We've had fun exploring different types of 'light' recently, & as my girl loves play dough I thought we’d have a go at making some glow in the dark play dough! 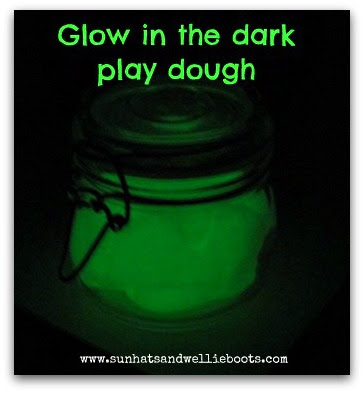 We made up a batch of simple play dough following our easy play dough recipe. 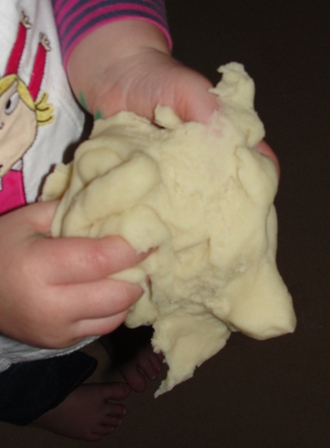 Once it was cooled I added some glow in the dark paint from the Early Learning Centre & kneaded well into the dough. 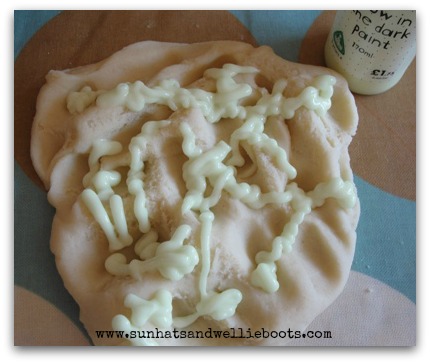 I repeated this process until the mixture became sticky. I left it for 10mins until the dough had dried a little, & the consistency was smooth. I added more paint & continued mixing into the dough.

To check the dough had a glow, I moved the dough into a darker area of the kitchen to see if it radiated any light, & to my surprise it did!

To ‘charge’ the dough up, & prevent it from drying out, I placed it in an air tight Kilner jar & sat it on a windowsill in full sun. The sunlight caused the dough to glow - Hurrah! To add an extra ‘boost’ we shone a powerful torch on the dough, which made the dough to glow even brighter. 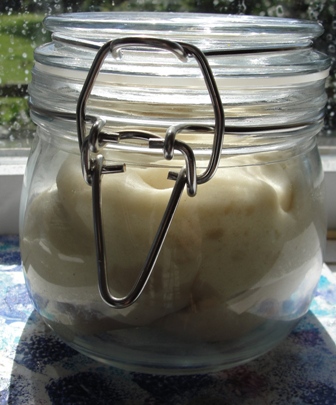 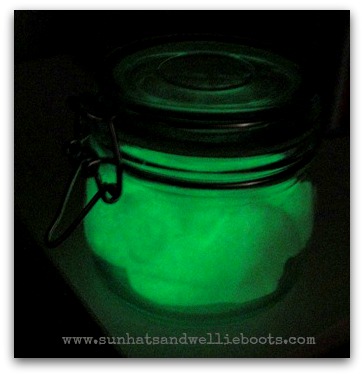 For the dough to maintain its glow it needs to sit for a few hours in direct light. If the dough is manipulated for a long period of time without much light it's unlikely to produce such a bright result. But once charged the effects are magical. 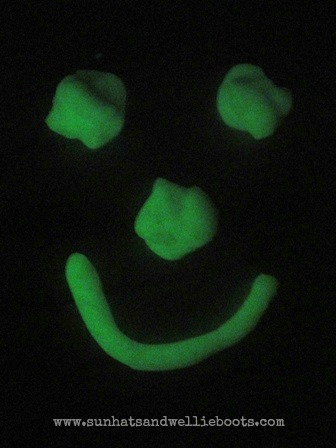 This really does work! I don't have the best camera, so the photos don't to it justice, but the dough does glow very bright. I’m thinking it would be great fun for any parties coming up at the end of October & treat bags too!
Posted by Sun Hats & Wellie Boots at September 14, 2011
Email ThisBlogThis!Share to TwitterShare to FacebookShare to Pinterest
Newer Post Older Post Home