Remember our woodland walk & spider's web canvas? Well we've been exploring & creating with the wonders of nature again & Minnie made this masterpiece. 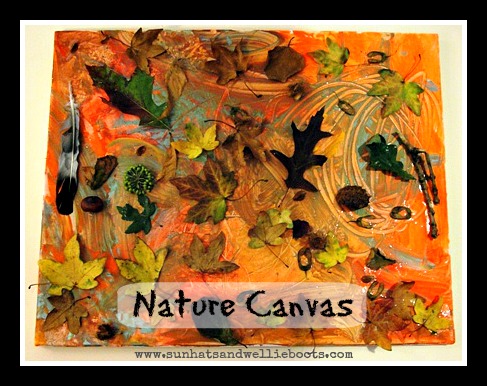 As autumn is starting to appear we thought we'd take a nature walk around our neighbourhood to look for signs of the new season. The leaves are beginning to turn beautiful reds, yellows, & browns, & berries, conkers & pine cones are all suddenly very visible. Minnie set off with a bag to collect any goodies she found along the way. As we walked we talked about the changing colours, Minnie danced in the fallen leaves, & splashed in puddles (of course)!!

She explored texture by crunching leaves in her hands (& under her feet) & commented on the sound they made as she scrunched them. She felt the smooth shiny leaves that had turned a greeny yellow & felt the veins on the reverse. Many of her comments began with 'Why?' & her interest opened up a whole new set of discoveries about the natural world around her. We talked about photosynthesis, habitats, weather, life cycles, varieties of trees, hibernation, food, & how different things grow. It was lovely to have done a similar walk in the Spring & compare it with the changes of the current season. 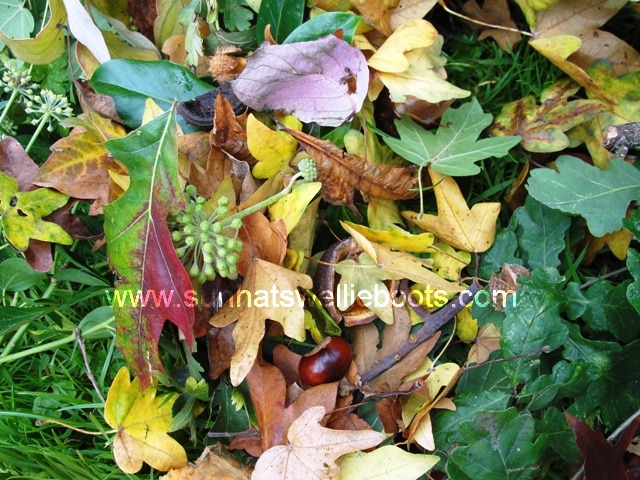 Minnie spotted many natural treasures on her adventure & eagerly added them to her collection bag. Once we got home we had a look through her finds & spread them out over the lawn. The contrasting textures of the beechnuts, conkers & their cases were wonderful to explore. & great to ponder why the textures might be like that. 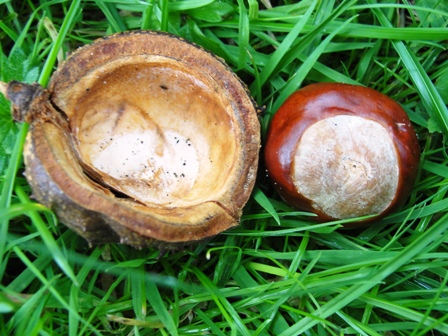 Minnie collected several other sharp objects & berries, which gave me the opportunity to discuss which items were / weren't safe to touch & why. We also talked again about the importance of washing your hands after you've touched items outside.
.
Minnie was keen to paint another picture (this girl loves paint!!) so she set off to collect the colours she needed for her Autumn art.

I found a canvas (£2 from The Works) & Minnie lined up her treasures alongside. She chose the paint she needed, & as she added it to the tray she able to explore colour mixing & produce her desired colours. I added some sponges, paintbrushes & bubble wrap to paint with.

She started off with sponges, then her hands & fingers. 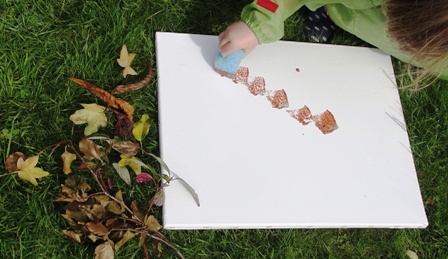 After exploring her finds alongside the canvas she started to paint with some of the leaves & twigs. 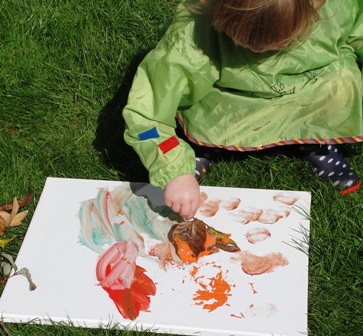 Using a sponge & her hands again she swirled the paint around the canvas. It was pretty windy outside at this point, & her movements on the canvas seemed to imitate the movements of the trees around her. 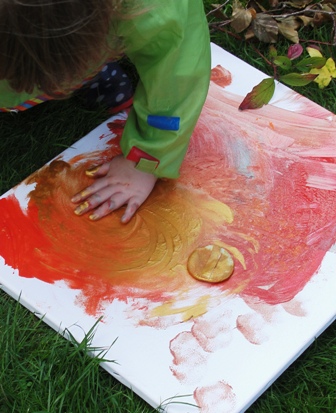 I think there was as much movement as there was paint in this process! 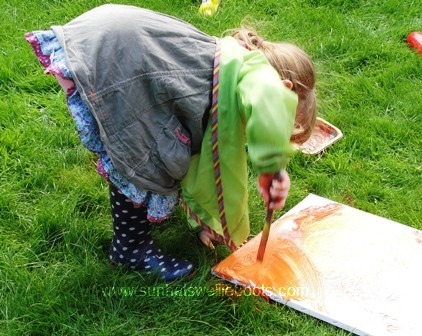 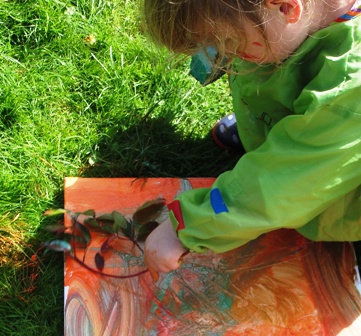 Using her fingers she swirled the paint around again, & then scratched a pattern through the paint which produced this effect. 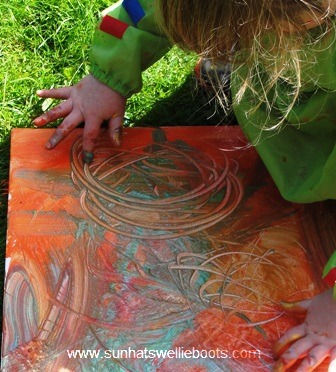 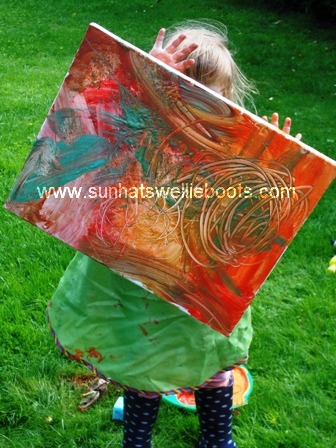 Once it was dry Minnie wanted to add something else, so with PVA glue she set about attaching her seasonal finds to the canvas. 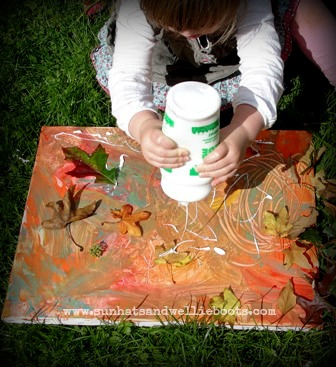 She drizzled the glue & then added her chosen items. I have to admit I began to wonder what would actually stay on this canvas once it was dry as there were a whole array of goodies being added! 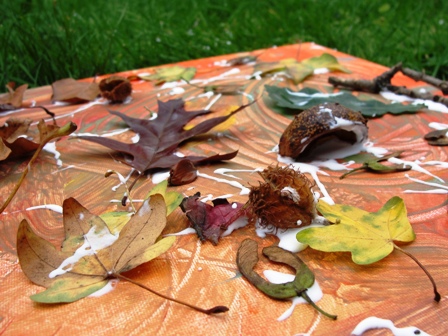 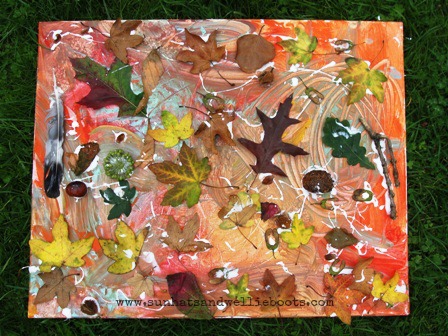 Once she had finished designing we left the canvas to dry flat for a couple of days.
The PVA glue dried completely, firmly holding all the items on the canvas, including the conkers & beech nuts. 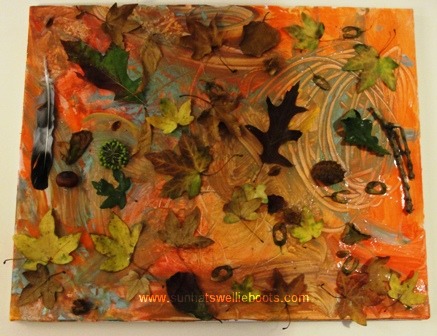 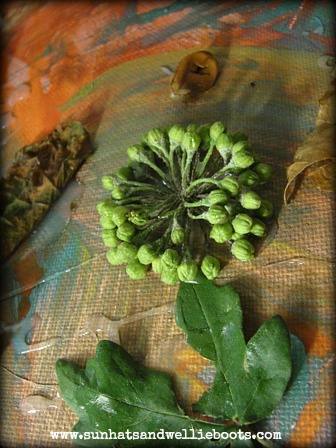 This canvas has been hanging up for over a week now & received rave reviews from visitors! ;-) 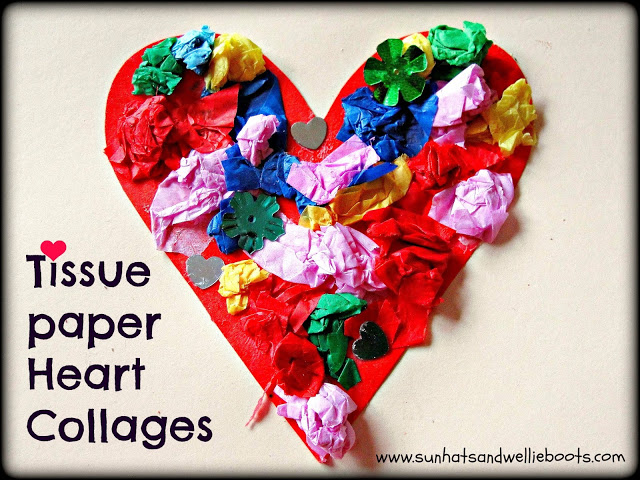 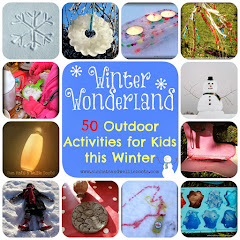 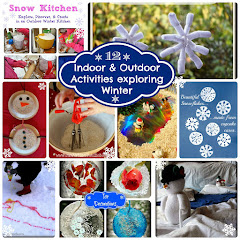 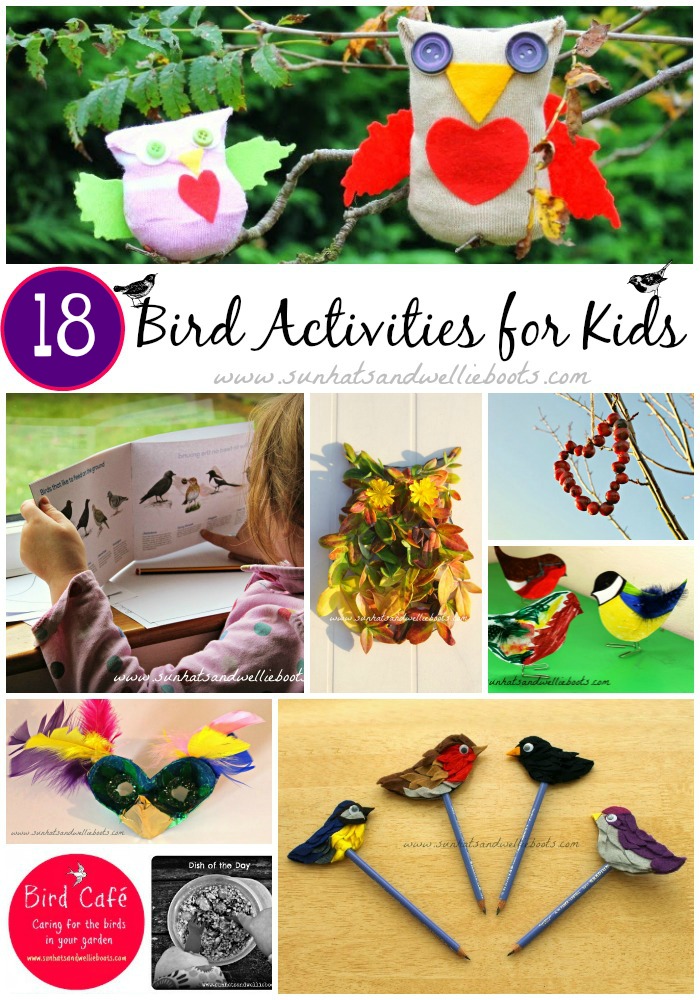 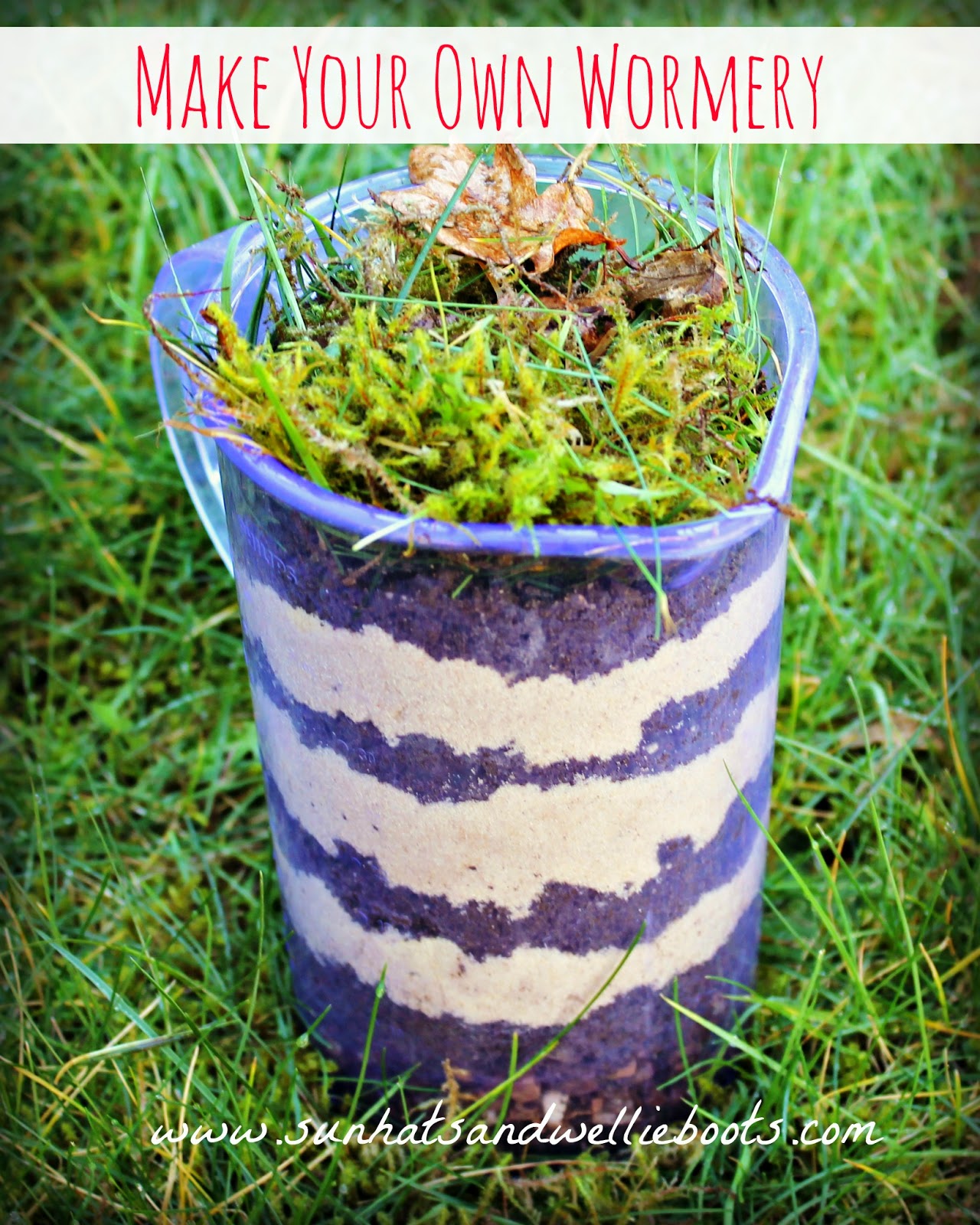