Minnie loves singing, & one of her current favourites is 'Five Little Speckled Frogs.' She was keen to do some splatter painting the other day, so I thought we could create some speckled frogs as we splattered! I cut out five frog shapes from card, & added a few pots of ready mix paint along with cotton buds & old toothbrushes. 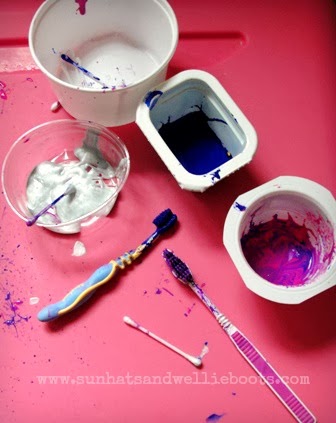 Minnie did a great job splattering them with her chosen paint & loved exploring the texture, & sound of the toothbrush as she ran her finger along the bristles splashing the paint. 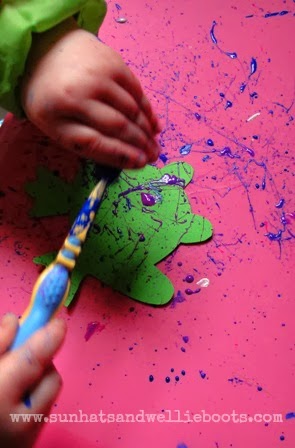 Clearly a fan of Jason Pollock! ;-) 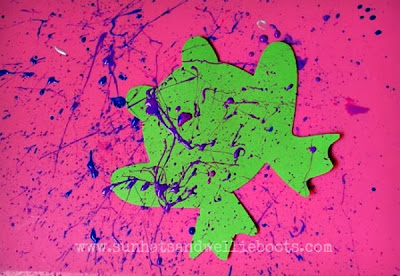 Once the frogs were dry Minnie helped me laminate them & add the sticky eyes. 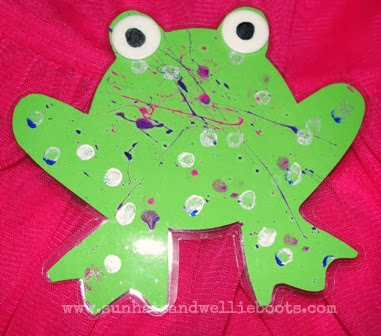 This is where the activity evolved slightly... Minnie was enjoying playing with the frogs, but I thought they could do with a few extras, so I had a hunt around the house & collected the following.

We joined three kitchen towel tubes by cutting four slots at the base of each tube & pushing them together, this created our log for the frogs to sit on. I cut the leg from an old pair of woolly tights & stretched over the cardboard tubes, tucking the ends inside the tube to secure. The foot of the tight sat away from the log which helped it look more like a gnarled log.

On the back of each frog I attached a sticky Velcro pad, which meant the frogs could be stuck & removed easily from the log. 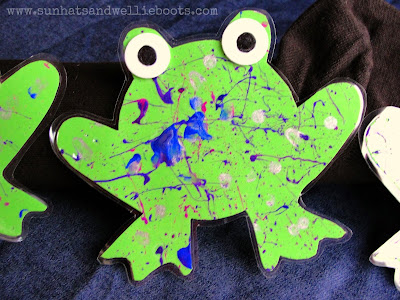 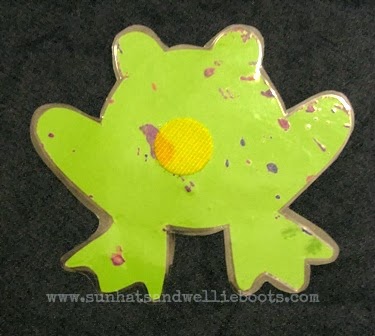 For our pool I found some old denim material a friend had given me, which I cut into a pond shape. 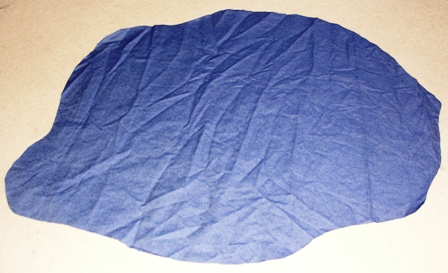 We added a lily-pad (made from green felt & some net fabric which I had in my sewing bag) & some bugs for the hungry frogs to eat! These were again made from scraps of old material & circular foam stickers cut in half. 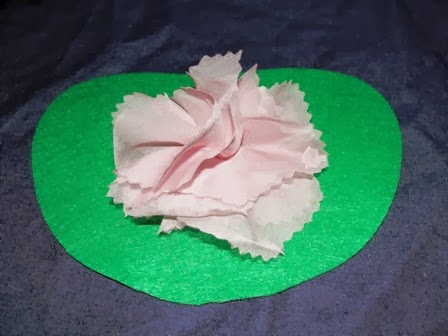 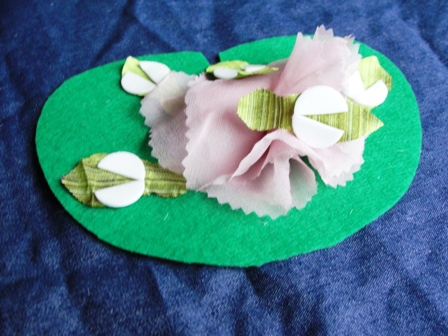 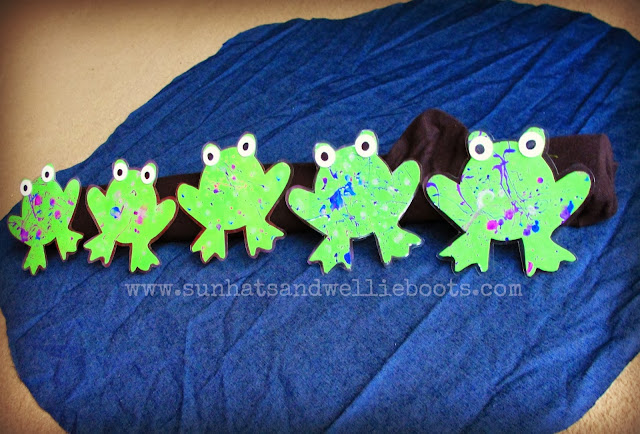 Five little speckled frogs
Sat on a speckled log
Eating some most delicious bugs. Yum! Yum!
One jumped into the pool
Where it was nice and cool
Then there were four speckled frogs.
Glub! Glub!

Minnie is enjoying exploring this 'froggy pad' sometimes with the song & sometimes without. Today she added some paper fish to the pool & the frogs have had a splash in the mud (our brown rug) before having a 'clean wash' back at the pool!