We've been admiring the poppies springing up around our garden & have been captivated by the number of bees that have been drawn to them. It seems that whatever the time of day, even after a rain shower, the bees are eagerly buzzing around these beautiful wildflowers. 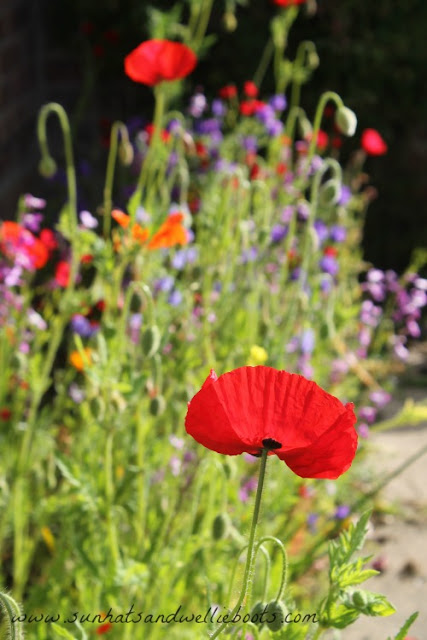 Recently we've had some heavy rain & sadly this knocked over several of the poppies breaking their stems. We thought we'd 'rescue' them & placed them in a vase on the kitchen table. Not only did they look beautiful but they also inspired a little nature study & some watercolour art! 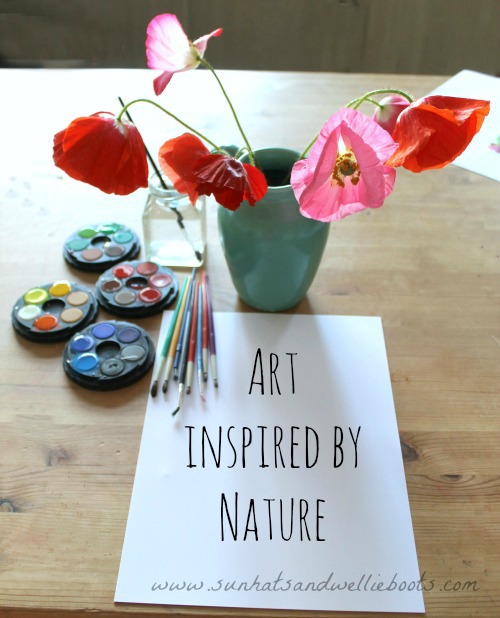 Minnie independently started studying the poppies & commenting on the many shades of pink & red on each of the petals. She removed a couple of flowers from the vase to study them close up & then decided she'd like to draw them. 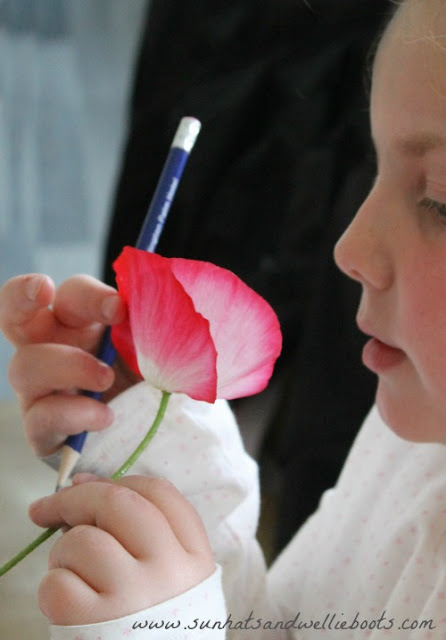 I have to admit I was a little apprehensive as she started removing the poppies from the vase, but she was completely absorbed in this nature study, carefully studying each poppy from every angle & admiring the patterns & shape each one displayed. 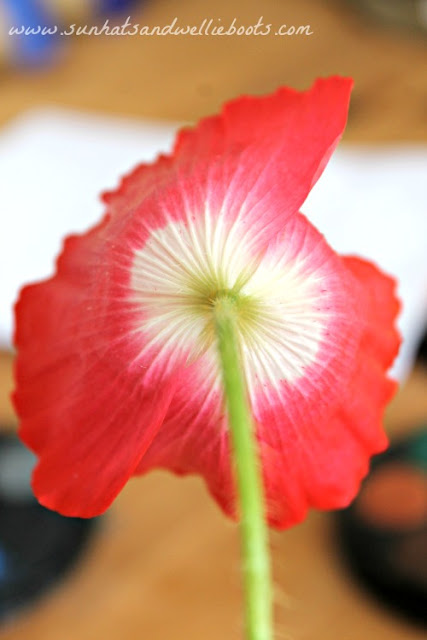 Soon she was sketching individual poppies & then drawing around them. She had her watercolour paints at hand ready to add the details later. 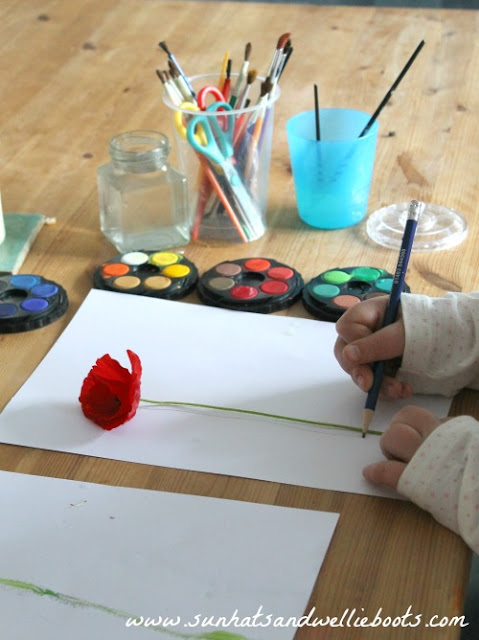 Before adding the paint to her drawings she carefully tested out the colours on a different sheet of paper making sure they were just the right shades for her poppies. 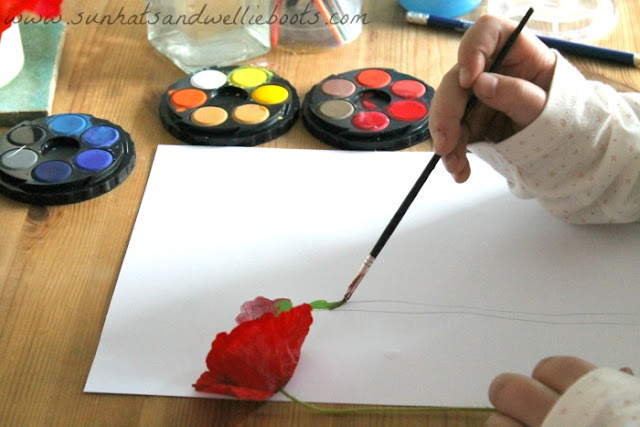 The results were beautiful. This nature-inspired activity had given her the creative space to explore these wildflowers at her own pace, & an opportunity to take in all the tiny details of each bloom. 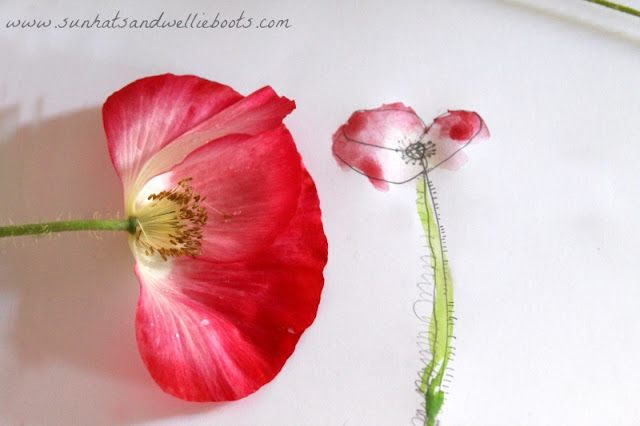 After feeling rather miffed that the rain had knocked our poppies down I'm rather thankful now. These rain-soaked poppies inspired a child-led art activity, & a deeper appreciation for these stunning wild flowers.