Telling the Time - Outdoor Clock made with Sticks & Stones 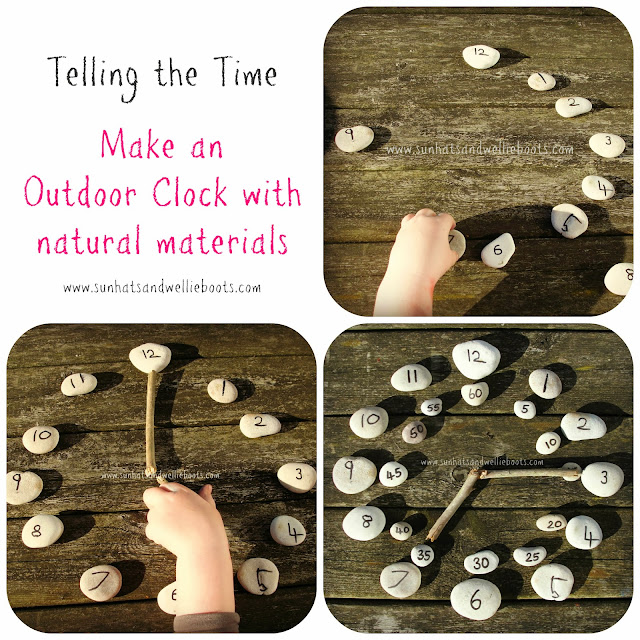 Make your own outdoor clock with a few natural materials. Fun to create & great for exploring how to tell the time. 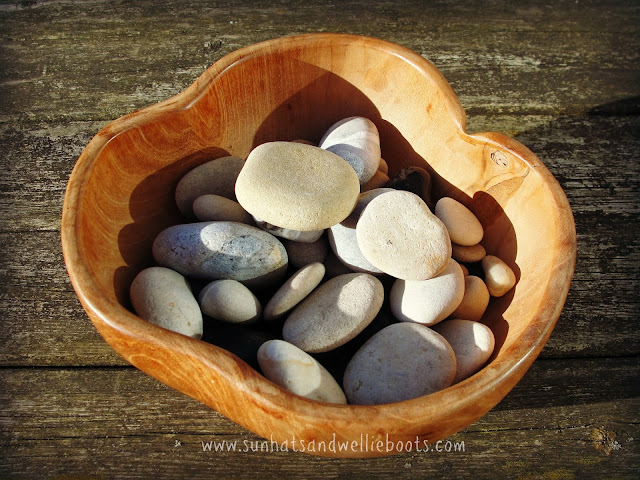 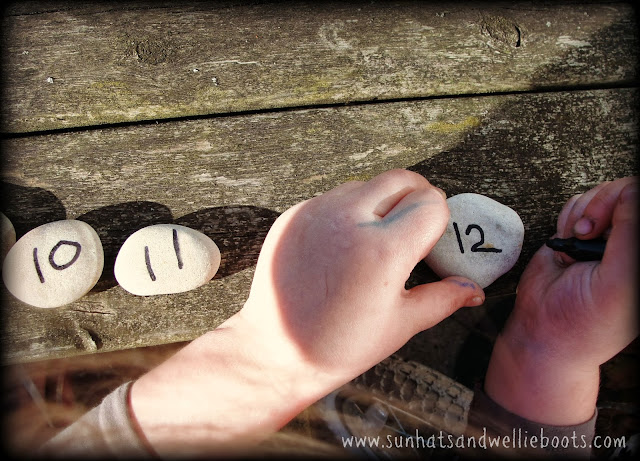 This was a neat activity in itself, & she was able to recall & sequence all the numbers. Next we tried to remember what a clock face looked like & where each numeral was placed. (You could show your child a watch/clock face while doing this, but I was just interested to see what Minnie could recall.) She was a little hesitant at first so I placed the 12, 3, 6 & 9 pebbles on the table as they would appear on a clock. This helped & soon she was filling in the gaps, counting away as she did so. 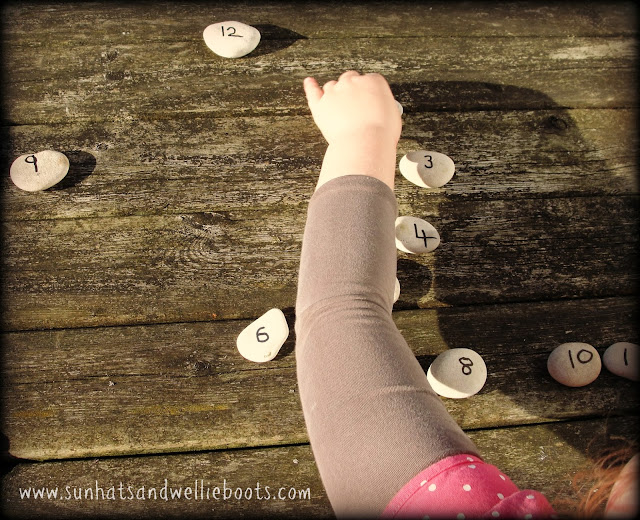 Ta da! We moved the pebbles into more of a circular shape & our clock was almost ready. 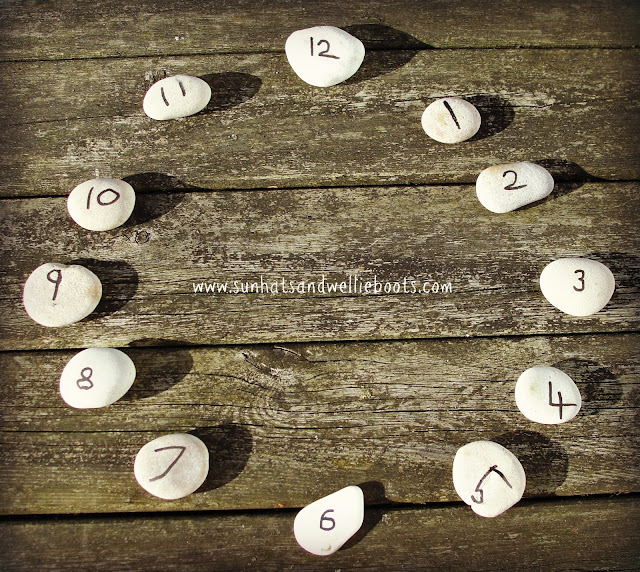 We talked about the hands of the clock & why they were different, & referred to the longer hand as the minute hand & the shorter one as the hour hand. Minnie found two sticks, making sure one was smaller then the other, & added these to our outdoor clock. 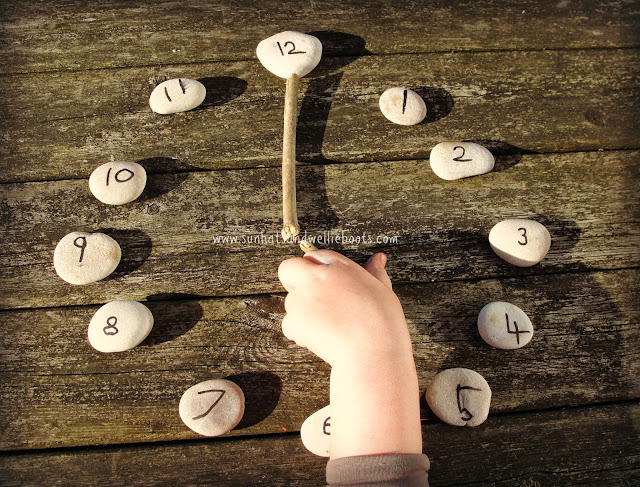 Soon she was telling the time with the clock, & talking about what she did at certain times of the day; what time she got up, went to school, had dinner, went to bed etc. 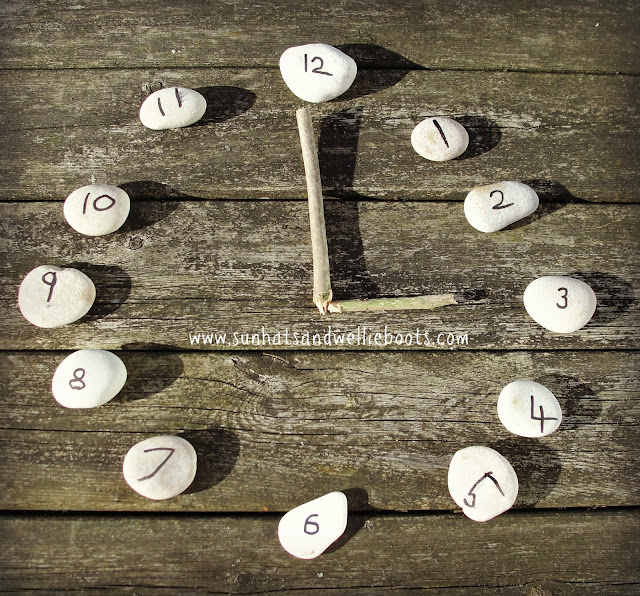 To start with we kept our time exploration to hours, moving the short hand of our clock as we did so. 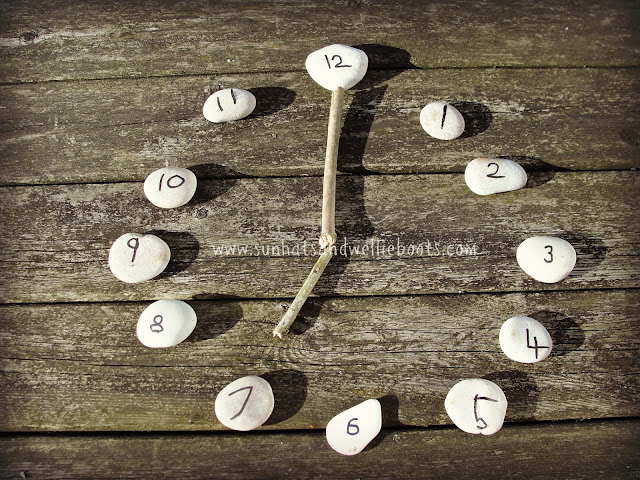 To help her explore minutes we added twelve smaller pebbles each with units of 5 on for the minutes past the hour. We then counted in fives all the way around the clock & called these smaller pebbles 'minute pebbles'. 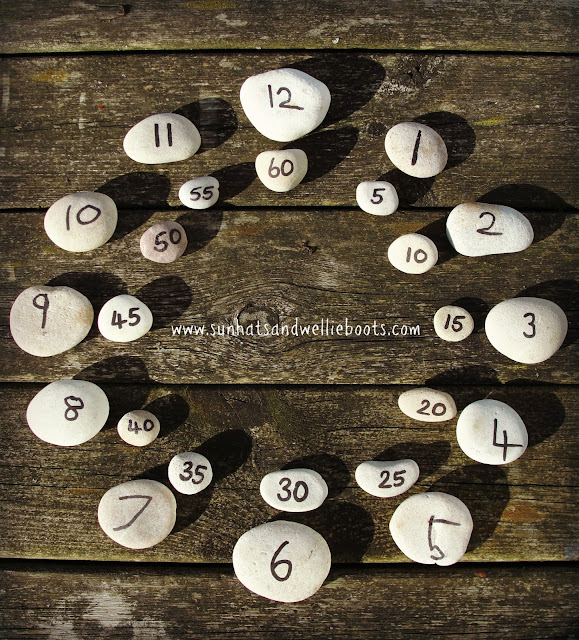 Minnie counted up the 60 minutes in an hour & 30 minutes in half an hour using the smaller pebbles to help her. She then explored various other times past the hour, counting in fives as she did so while moving the minute hand. The minute hand of our clock was long enough to touch the 'minute pebbles' which helped her clarify the different times . 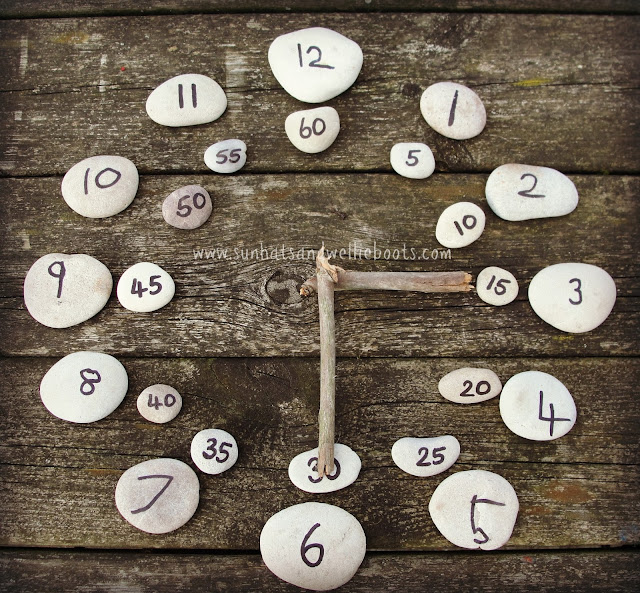 This would be a useful clock for kinesthetic learners to explore, & great for introducing the clockwise movement of the hands. 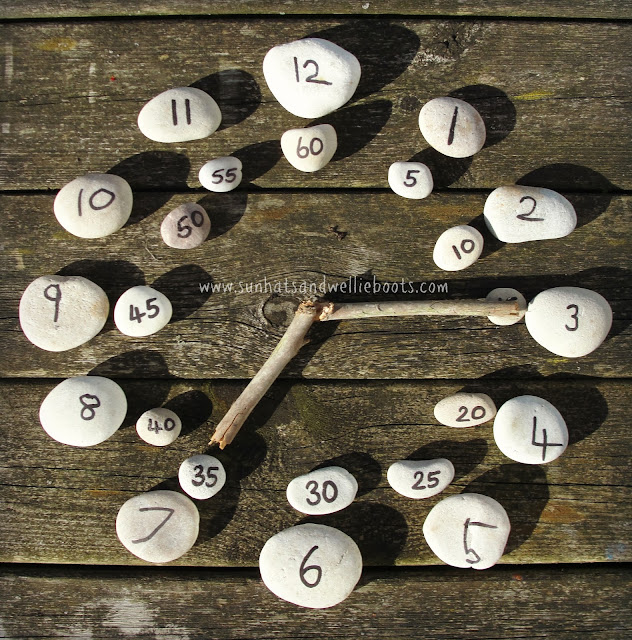 Our outdoor clock seems to have really helped Minnie's confidence in telling the time, & she's independently set it up & played with it on many occasions. And what's great of course is that this clock can be left outside & played with in all weathers.