Welcome to our Teddy Bear Olympic Games! With the help of favourite bears we've been celebrating the Olympic Games, & been discovering different countries across the globe, new sports, & having lots of fun exploring this historic sporting event! 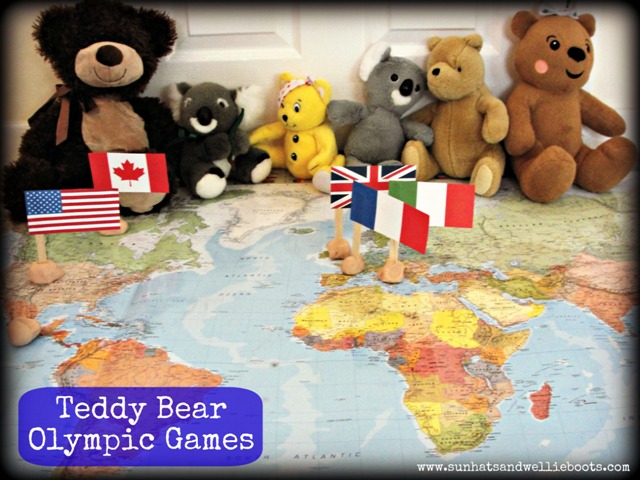 Today we're exploring some of the nations taking part in the Olympics. Recently Minnie has shown a real interest in maps, & this coupled together with her enthusiasm for this years Olympics, inspired us to put the following together.

We set up a selection of bears on a large world map & Minnie eagerly explored the different countries. We have friends & relatives dotted around the world & she's always keen to find where they live first. 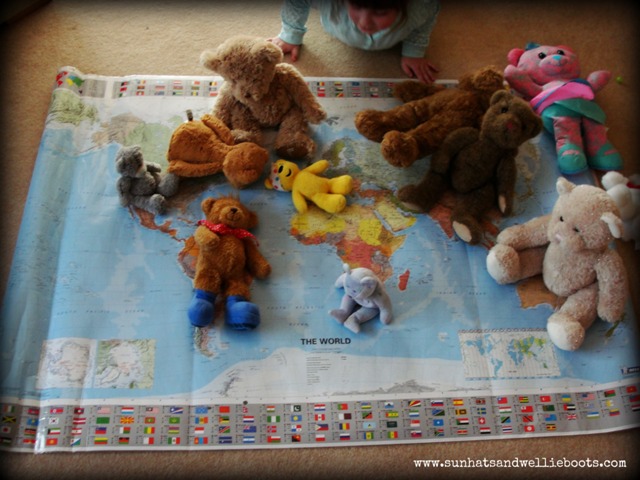 She soon had a bear sitting on each of her chosen countries & it didn't take long before the bears started to visit each other "for their holidays!" 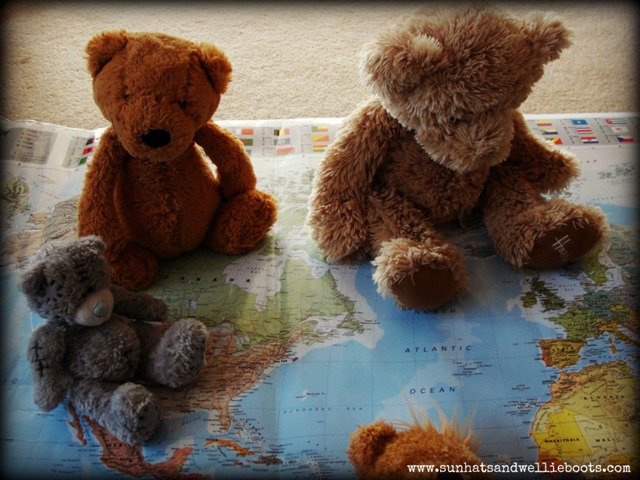 As you can see, my little explorer was keen to visit places too! 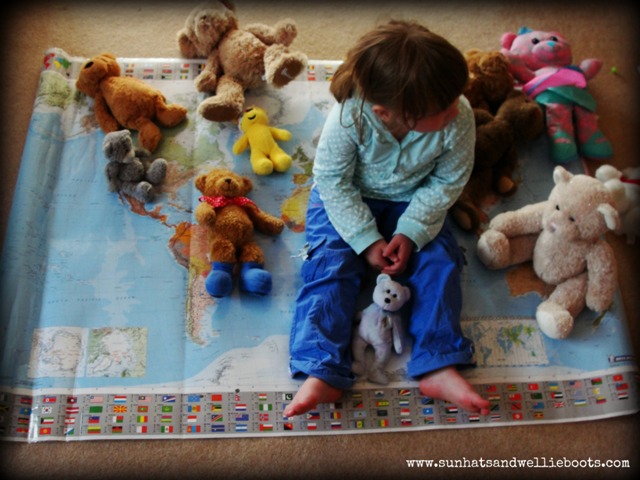 This playful way of exploring a world map enabled us to discover where different countries are & their proximity to each other. As the teddy bears 'travelled' we also considered which form of transport they might use, & if the countries had hot/cold or similar climates to where we live.

We then added flags to the countries she was familiar with, & positioned them with play dough. (To make the flags we simply printed off a selection from the computer, & attached them to lolly sticks using tape.) 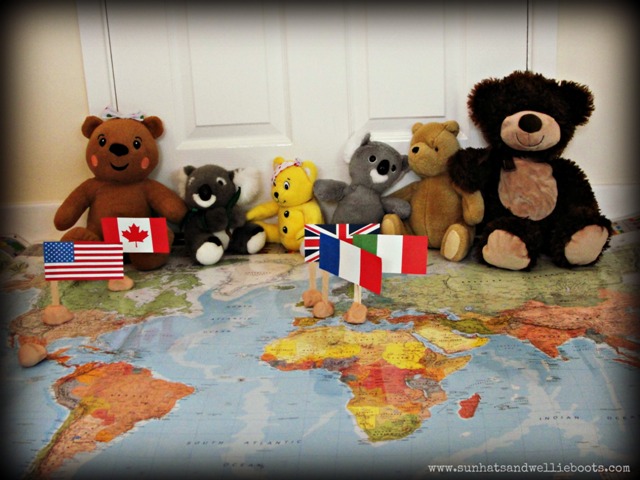 This was the first time Minnie had played with flags like this, & it amazed me just how quickly she was able to independently match the flags to the corresponding countries (something I hadn't considered she'd do). The flags also enabled us to explore patterns, shape & colour, & offered us an opportunity to spot the similarities between them. 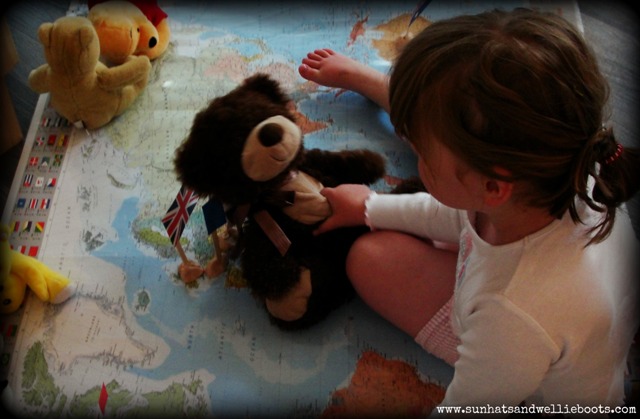 The bears soon had voices & an imaginative tale was being constructed around games & play! "Would you like to come to the Olympics?" asked one little bear... well, how they could they refuse!

To start our Teddy Bear Olympic Games we needed an opening ceremony, so using our flags (along with some rubber bands wrapped around the bear's paws) each bear carried in their team's flag & paraded around the room Olympic Arena along to their national anthem (which we found on youtube!) 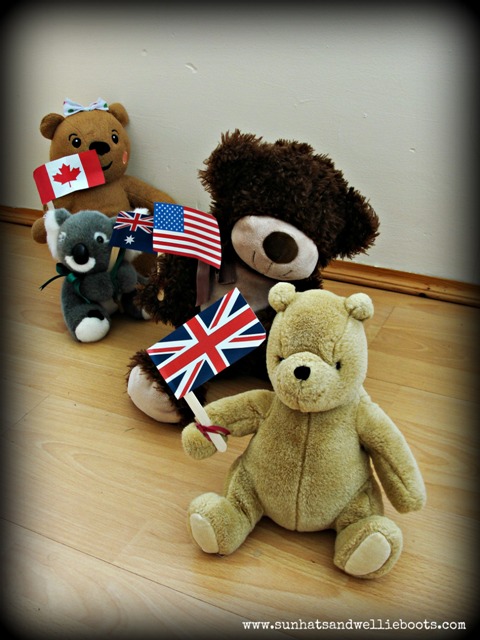 We even had a torchbearer carrying the Olympic flame! 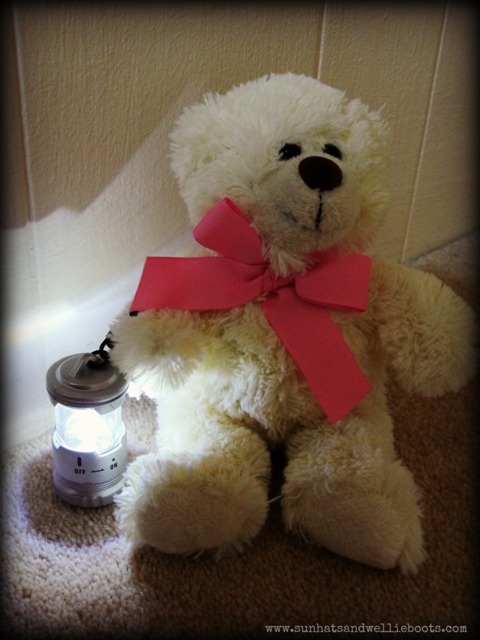 Check out our Teddy Bear Olympics (Part 2) for sports & activities, all of which are perfect for preschoolers, & our DIY Olympic torch & winners medals.