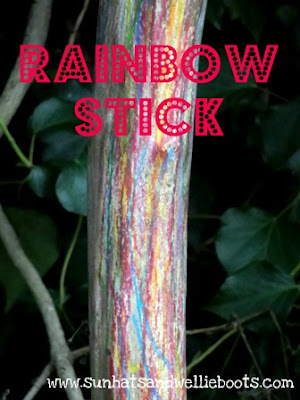 This is one of those activities that started out as one thing & evolved into something completely different! Minnie loves drawing/painting outside so a few weeks ago we headed for the garden with some newly bought oil pastels (another bargain from The Works). I had taken some paper for Minnie to draw on, but my 3yr old had other ideas & wanted to decorate a newly found stick! 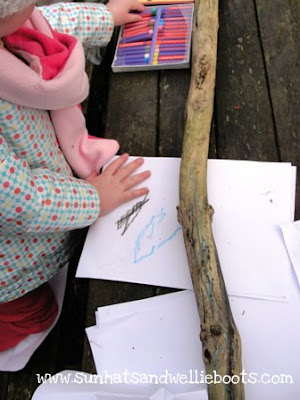 As she explored the pastels on the stick she noticed hidden notches & twists in the wood. 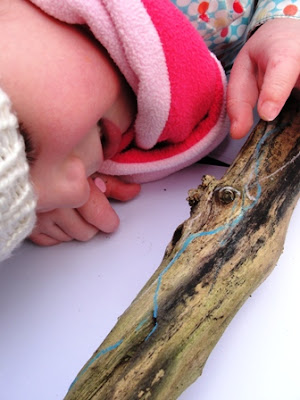 She explored which colours were visible & which were hidden against the wood, & how to manipulate the pastels on the uneven grainy surface. 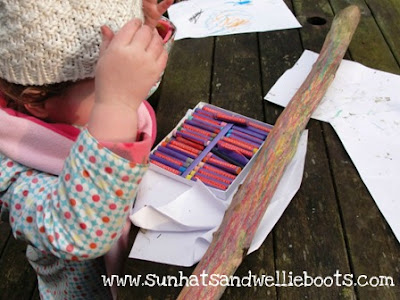 After she had finished adding & blending the colours she produced this rainbow stick! 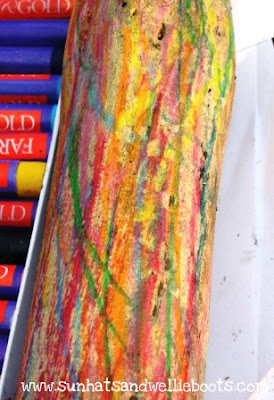 As you can see she was pretty proud of her creation, & after a trip around the garden she decided to position the stick it in her butterfly garden. 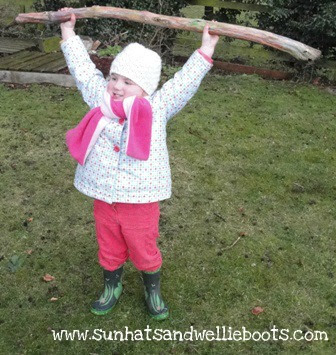 She then thought the birds might like some food so added some bird seed to the top! 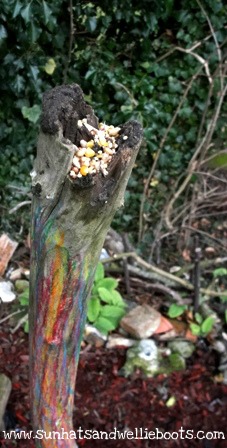 I love the vibrant oil pastel colours against the natural background.

The rainbow stick has been relocated around the garden several times, & the colours have survived both rain & snow. It's currently back in the butterfly garden & being topped up with bird food daily.

Maybe next time we'll explore the oil pastels on different surfaces / textures & compare the results, or maybe Minnie will have something else in mind. Whatever happens it will be fun discovering. :-) 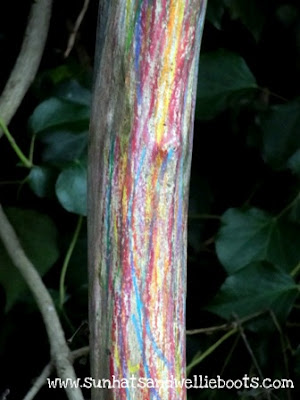