Play dough is a wonderful thing! It can be created in so many ways; in a whole variety of colours, textures, & scents, but often it's returned back to its pot once it's been played with.

Minnie had been playing with a set of play dough & craft goodies a friend had bought her. She'd been carefully choosing which items to add, & finished her creation off with a couple of googly eyes, & shells from a recent beach walk. 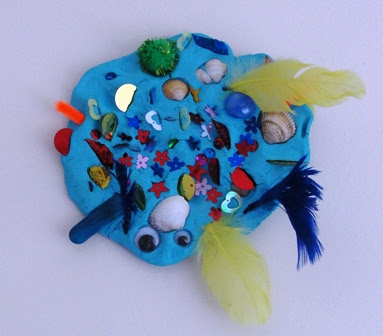 Minnie created two more works of art, which she independently turned into puppets by adding lolly sticks. I love the flower detail! ;o) 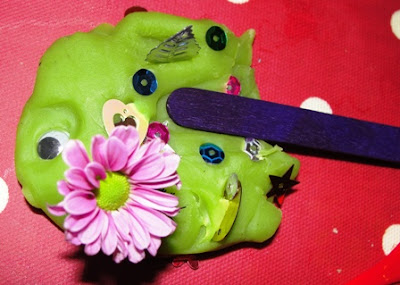 
We left all Minnie's creations on our kitchen windowsill, & after a couple of days in the warm sun the dough had dried out completely & become solid. It had also retained it's colour.

There were a few small cracks around some of the many sequins Minnie had added, but I don't think they're really noticeable when the monster plaque is on the wall. 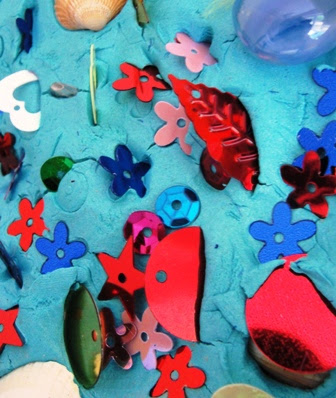 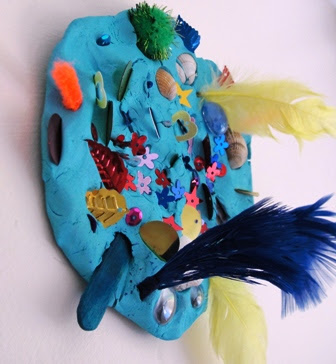 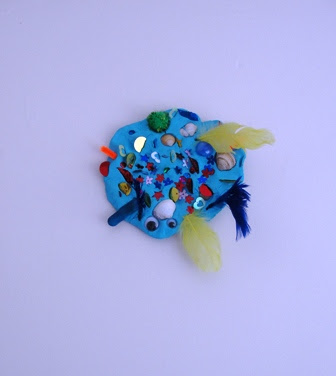 The lesson I've learnt is don't ditch the dough! The dough Minnie used was 'Soft Stuff Dough' from Early Learning.

It's great to keep just some of those special play dough creations which so often get remolded & returned to the pot!