Take one classic story, add some big art along with some physical outdoor play, & you have one BIG fun Pancake activity! 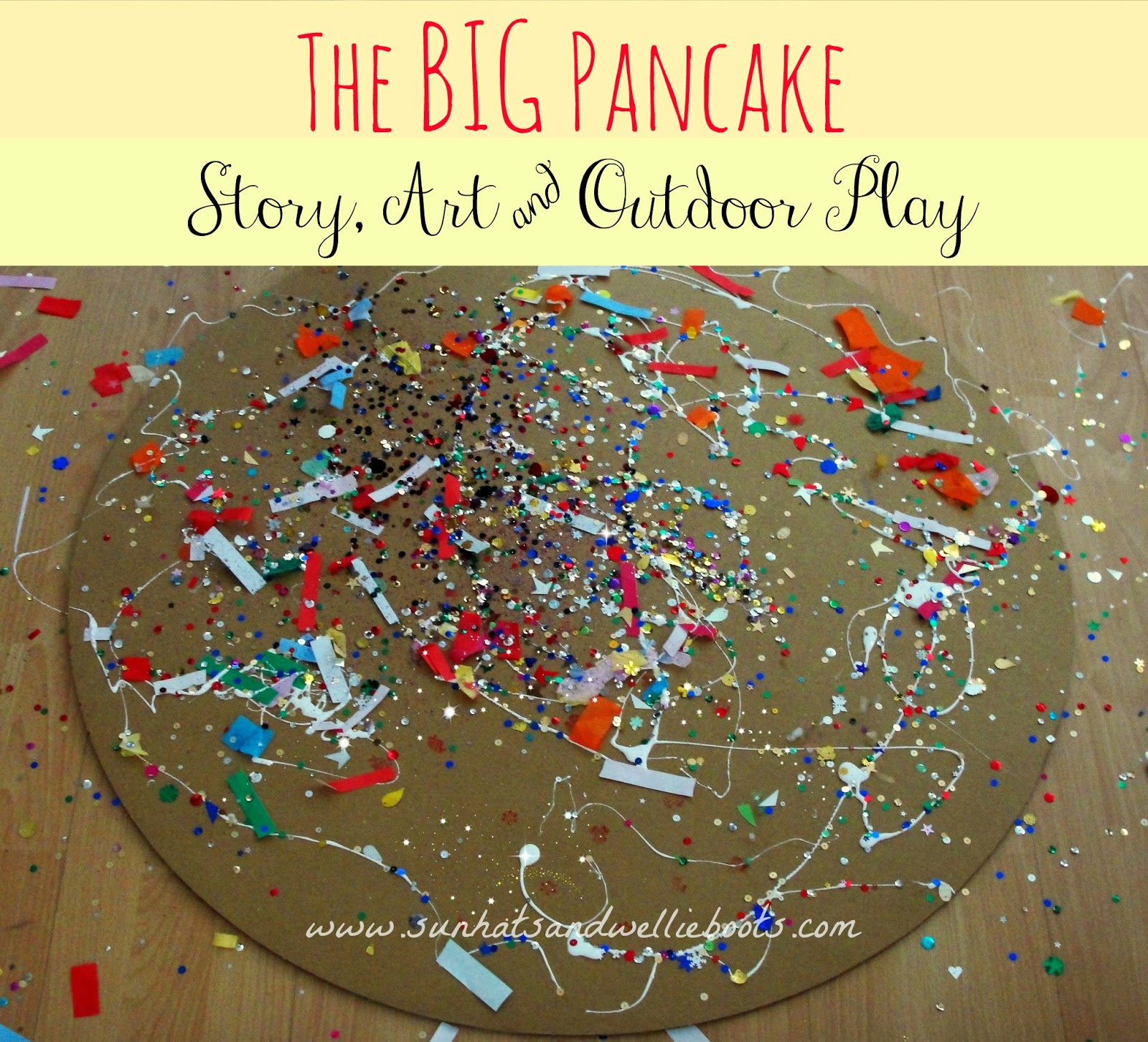 'The Big Pancake' is a classic tale & a perfect story to share with children as Shrove Tuesday/Fat Tuesday approaches. This well-loved folktale has a many variations, but this version has a cunning pig catching the pancake at the end of its journey. The story is full of simple repeated refrains which young children love to join in with, & the fun, fast-pace style in which it is written makes it an exciting read.

After reading the story several times Minnie was keen to make an enormous pancake, but sadly my kitchen is rather lacking in gigantic frying pans! So instead we opted for this crafty version of a big pancake which she could decorate as she wished!


To make our pancake I cut a large circle from an old cardboard box. 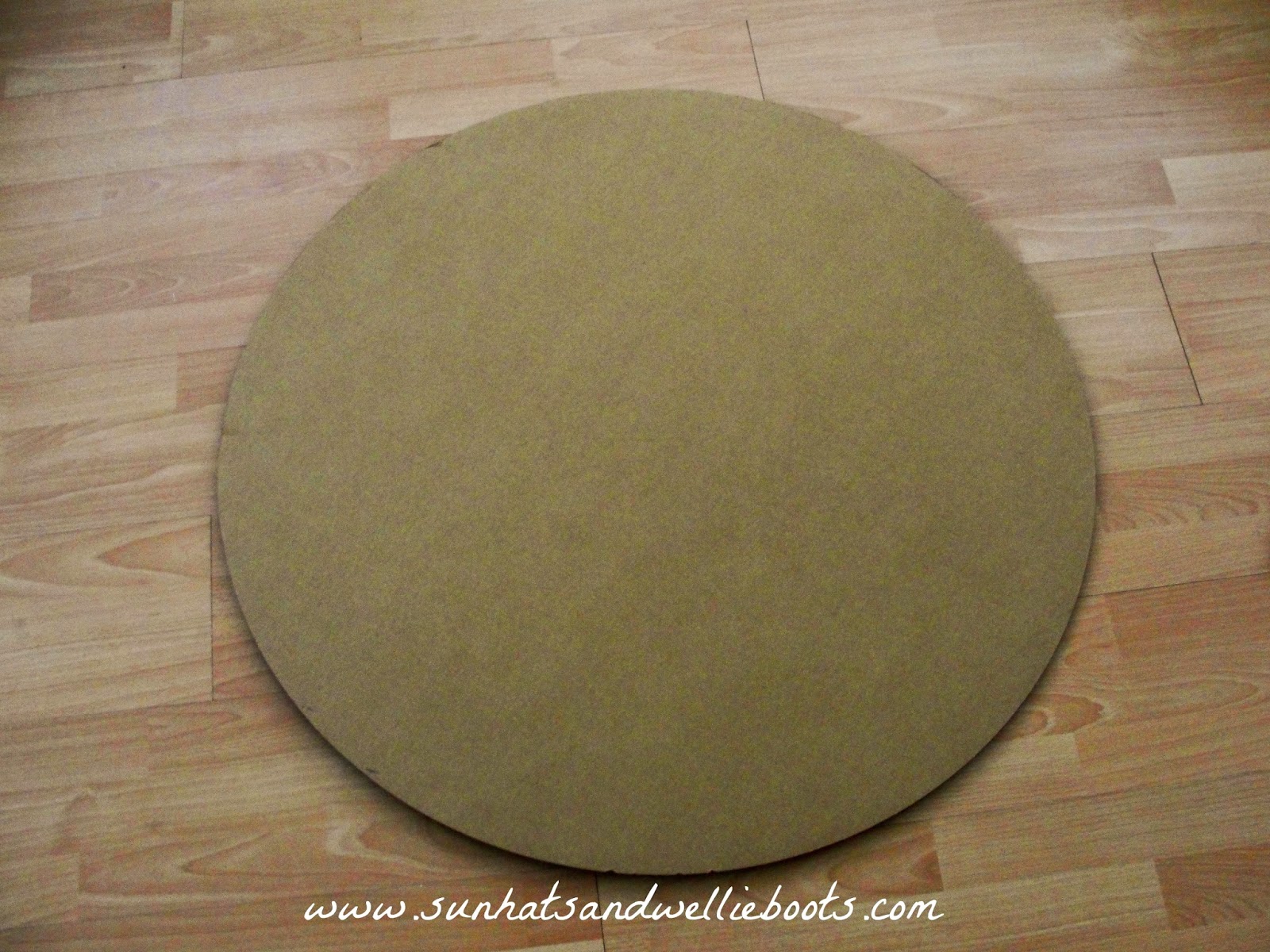 After a hunt around our craft cupboard Minnie found all she needed to decorate her pancake. 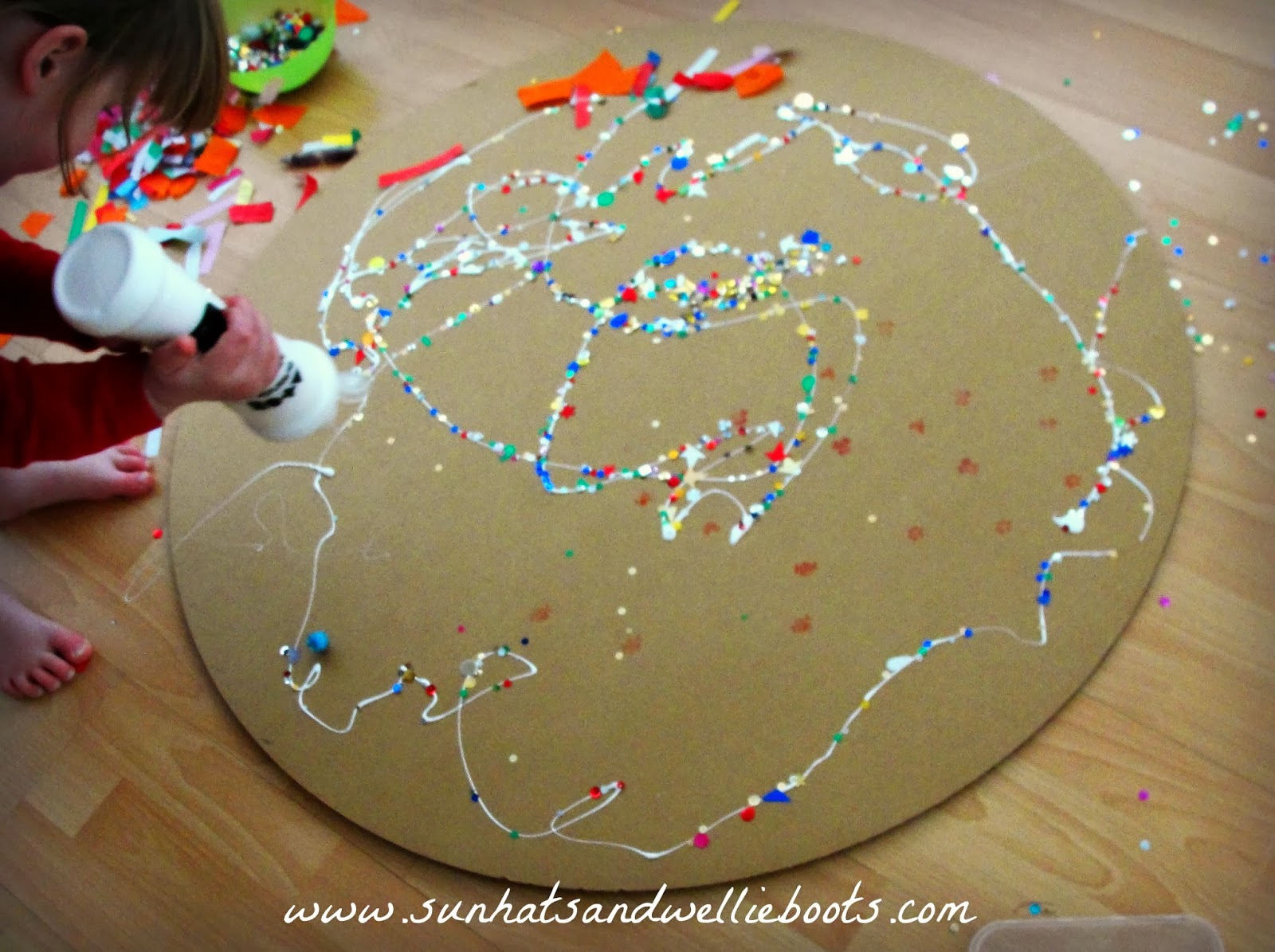 Plenty of runny glue was drizzled over the the cardboard & she loved walking/dancing around the pancake adding more glue. Soon she was imagining the glue as syrup on top of the pancake! She sprinkled handfuls of glitter & sequin shapes over the top, telling me she was adding sugar sprinkles & berries! Her movements were big & bold as she created her design & she was clearly enjoying dancing around her circular piece of art. 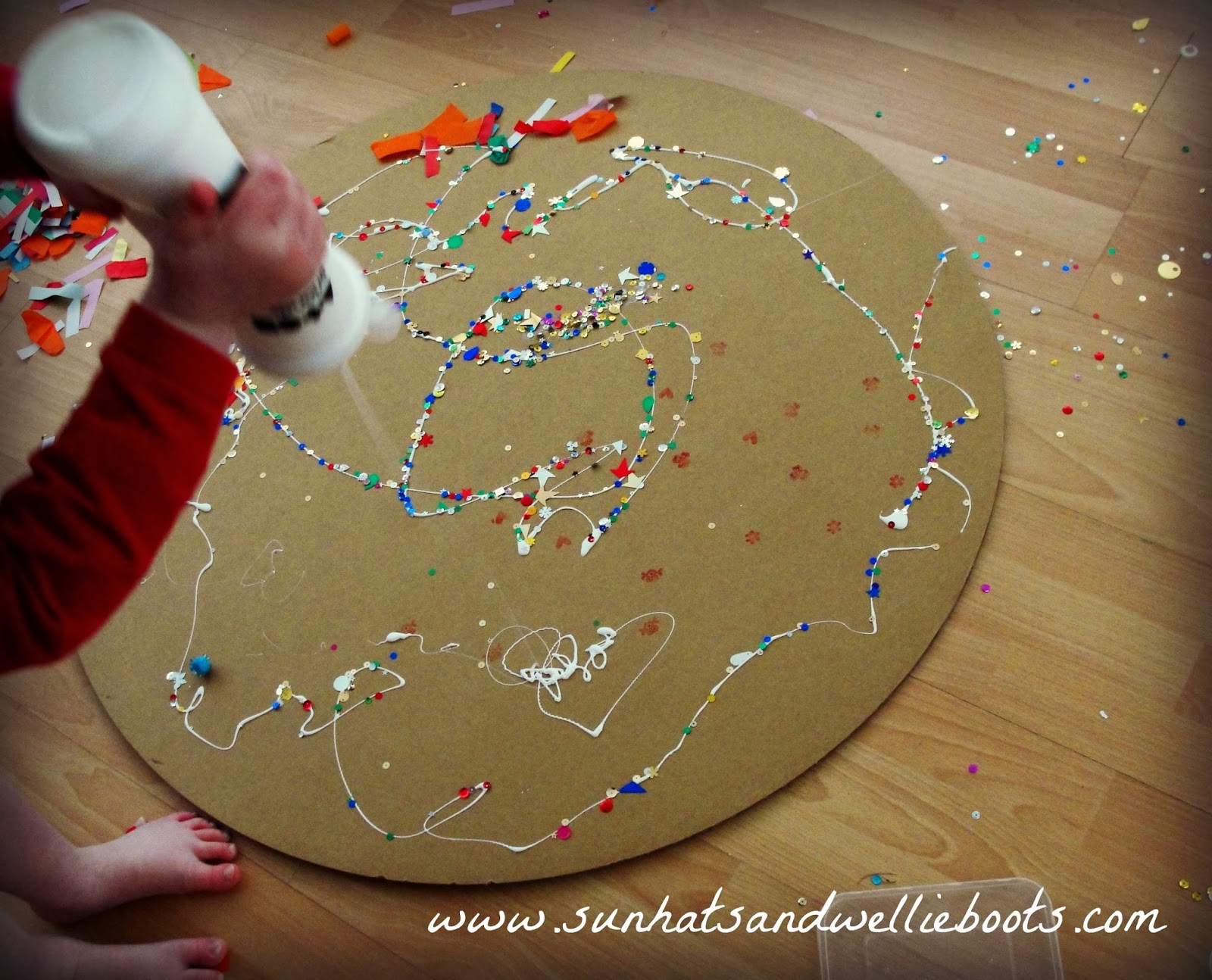 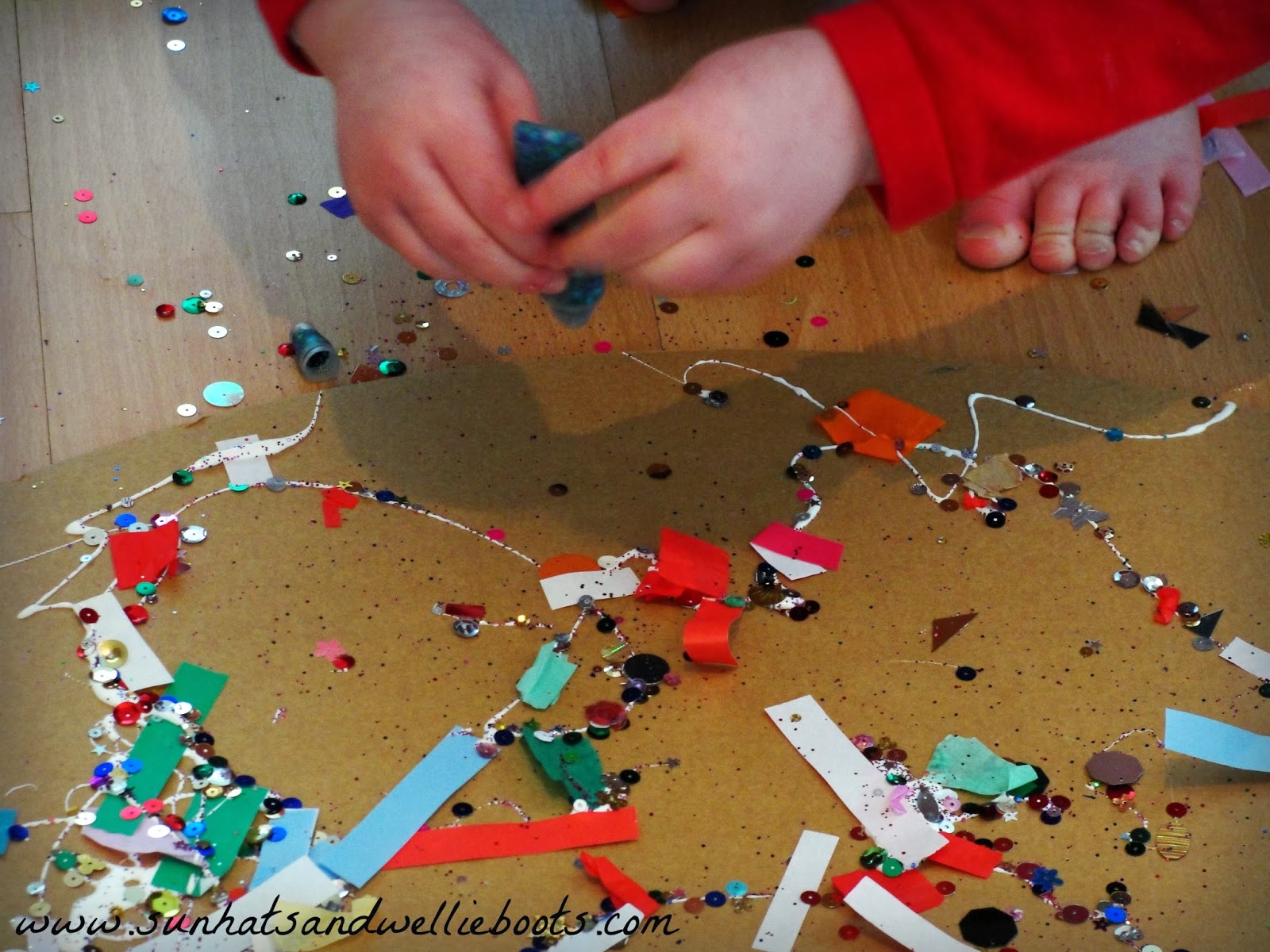 And then the big moves were back as she threw handfuls of paper strips into the air & watched as they swirled & twirled to the ground. 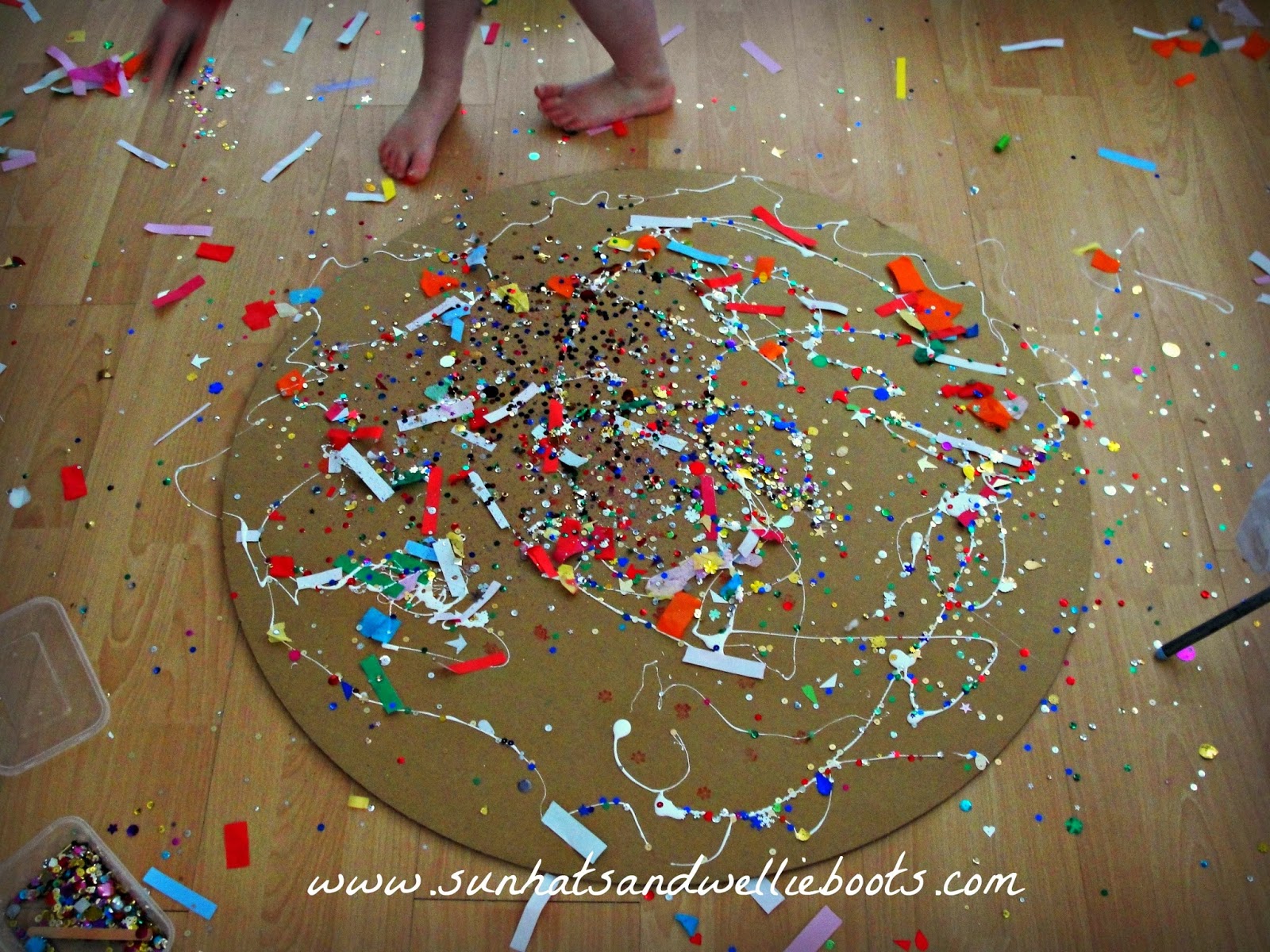 Not all the flying paper made it on to the card, but it didn't matter, the joy this activity was creating was wonderful to watch! It felt like we were in a Mardis Gras carnival as more handfuls of colourful paper swirled through the air accompanied by her squeals of laughter. 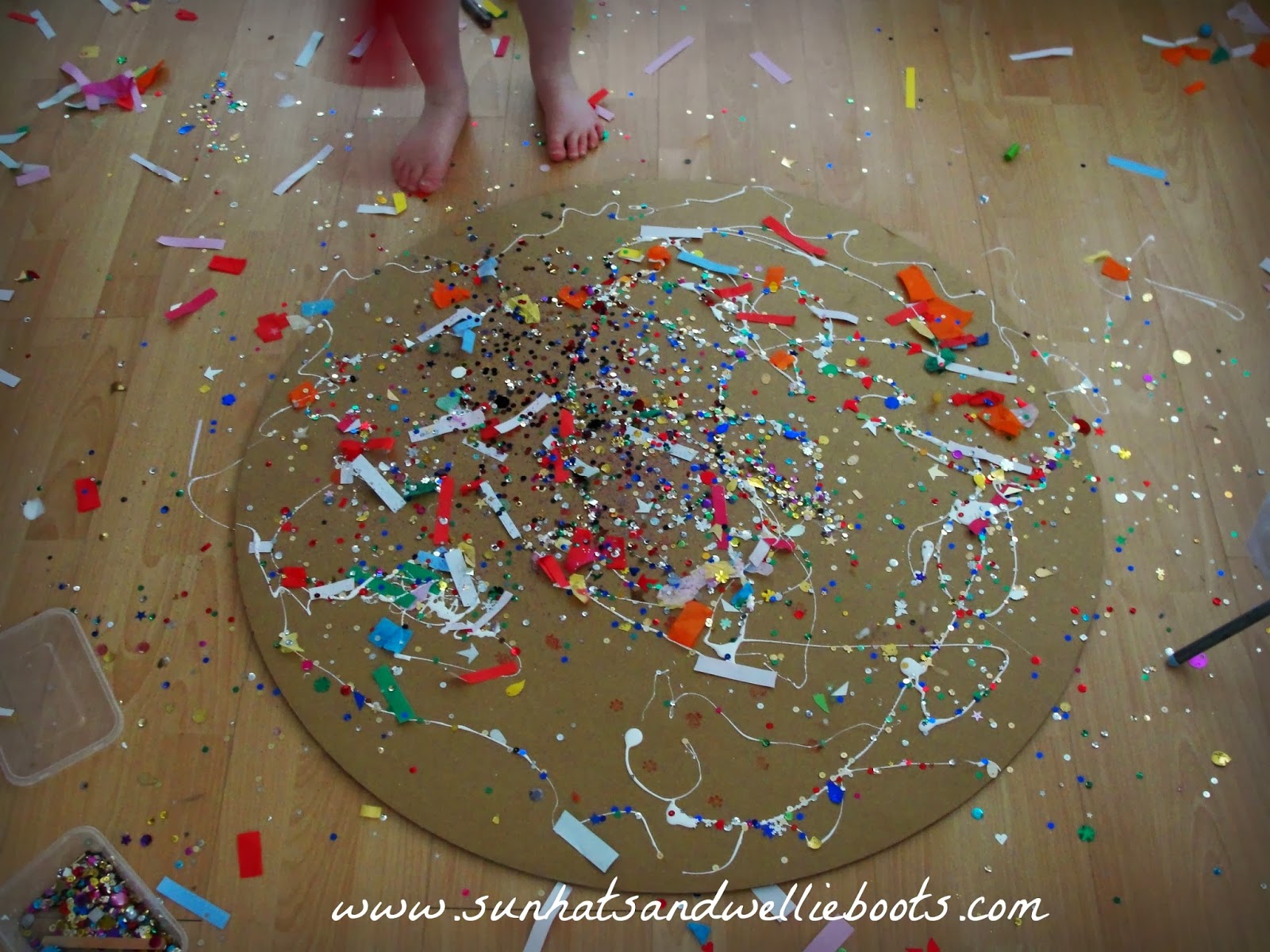 When she had finished creating her pancake we left it to dry & Minnie helped me sweep up the colourful floor covering. (I'm so glad we chose a hard floor for this activity & not a carpeted one!) 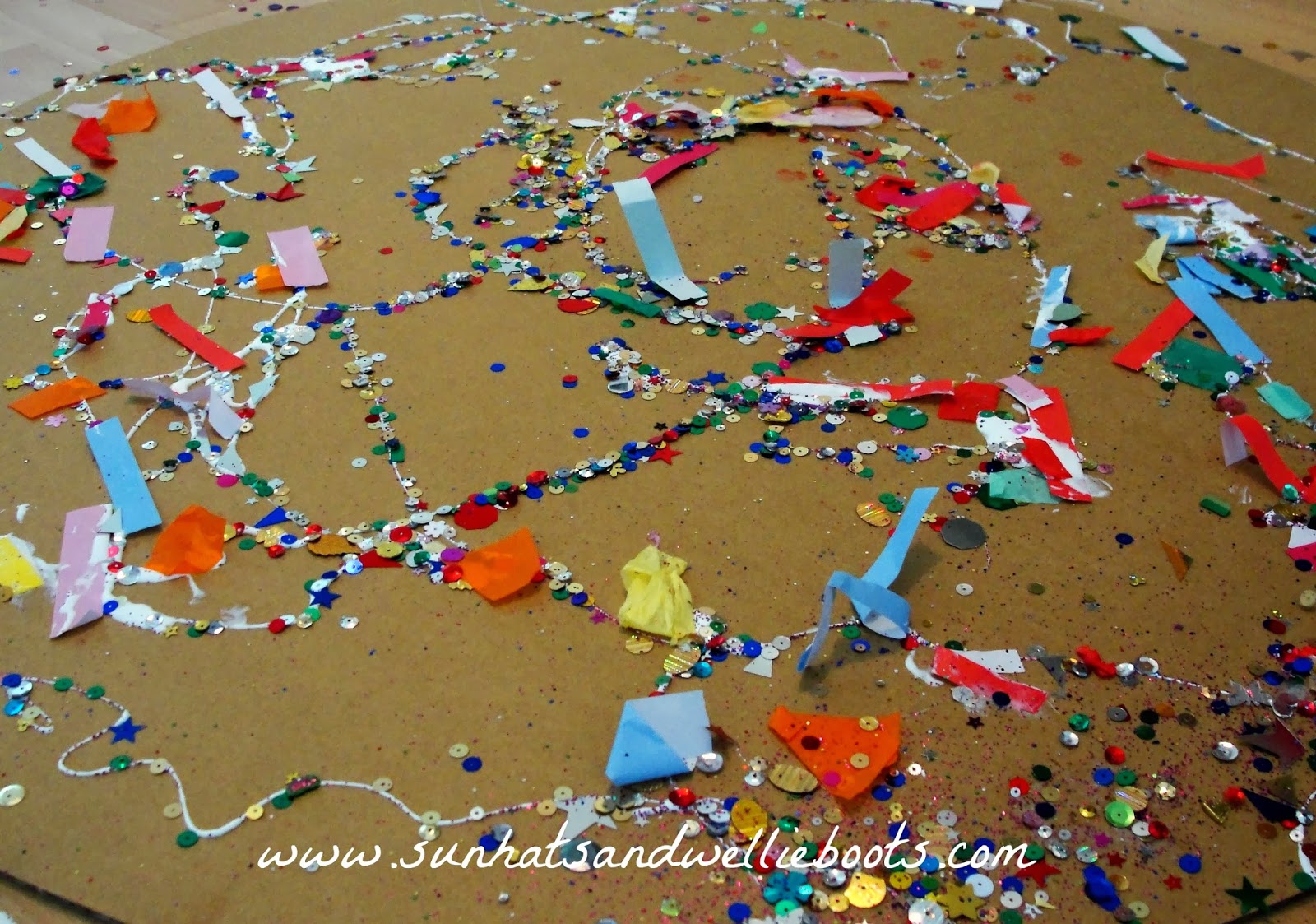 When the pancake was dry we took it outdoors to see if it would roll on its side as the pancake had done in the story. This was a fantastic way to explore different surfaces & to test which one was most effective with the cardboard. We were able to explore a variety of materials, size, distance, shapes & speed.

It was also great way to re-enact the story, & Minnie was able to recall all the characters & sequence the events from the book. She repeated the refrain "I won't let you catch me..." & remembered the order in which the characters tried to catch the pancake. 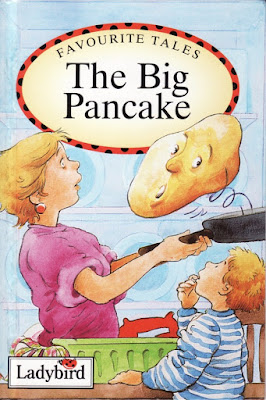 We enjoyed lots of physical play as we attempted to recreate the pancake's movements as described in the book, so we tried to 'flip & flop' the giant pancake with our hands & arms, & flip it backwards as if it were doing a somersault!  There were giggles aplenty as we rolled, twisted, spun, & threw the pancake around the garden exploring which movement made the pancake travel the furthest distance. Minnie displayed some good coordination skills & upper body strength as she created the large movements needed to manoeuvre the pancake.

I love how a favourite storybook & a cardboard box inspired such a fun-filled activity, & explored literacy, maths, science, creativity & so much more!

Are you celebrating Pancake Day?
You might also like our Play Dough Pancakes or
our Mini Pancakes & Stories