Sometimes the most amazing play stems from the simplest of things.

Today Minnie played with building bricks. Not the wooden cube variety, or even the plastic kind, but actual concrete bricks. We've had these lying around for ages, & today I thought I'd leave them in the garden just to see what Minnie did with them. 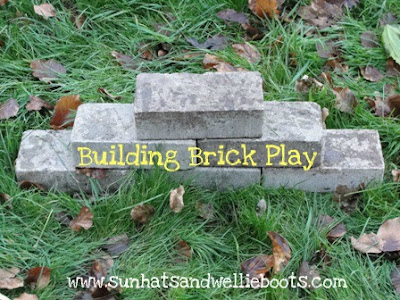 First she separated the pile of bricks & started to walk over them, then she carefully moved them around to create a path (with gaps between the bricks). 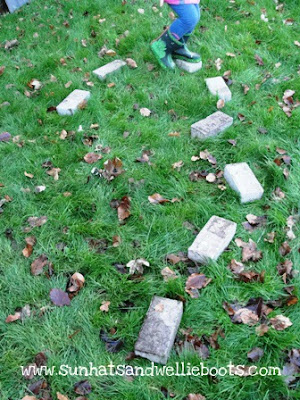 "Mummy look, stepping stones! Don't fall in the river!"
Soon we were both leaping from brick to brick trying to balance & control the movement of our bodies to avoid falling into the imaginary river. This game was repeated over & over, with lots of giggling when we each lost our balance. 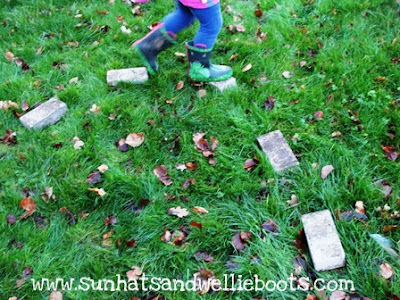 Soon Minnie was keen to build with the bricks! After collecting them up she explained she needed water to build things, so collected her trusty beach bucket & headed to the water-butt. 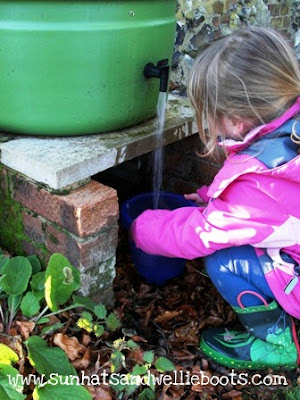 She then walked back slowly across the garden with her bucket full of water & poured a little over one of the bricks. "I need this cement to stick the bricks together" she said. Wow! I didn't even realise that she knew what cement was! 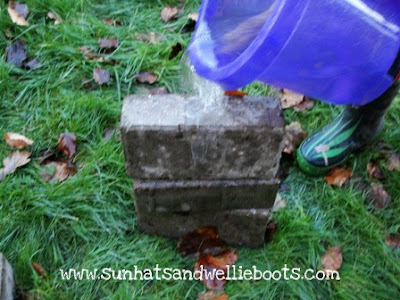 She placed another brick on top of the wet one, & poured over a little more water. This process continued until she had finished building. As each brick was laid she patted the sides of the structure making sure the bricks were all level. 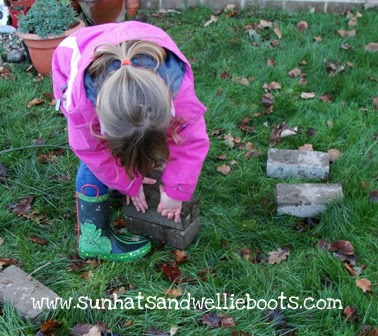 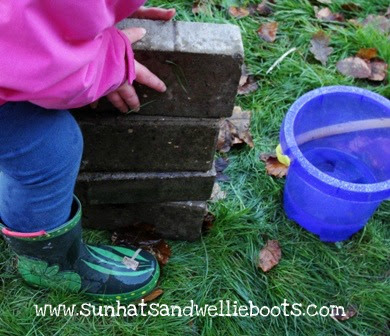 "I need a roof now" she told me as she wandered over to our pile of sticks at the bottom of the garden. Then armed with as many sticks as her arms could carry she headed back to her brick construction, & carefully added them to the top of the structure one by one. (The hula hoop was added to create a garden fence!) 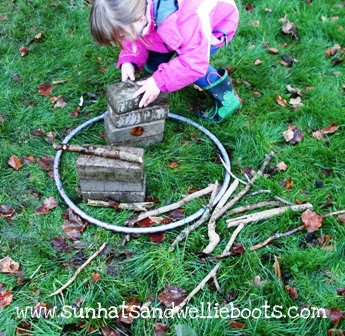 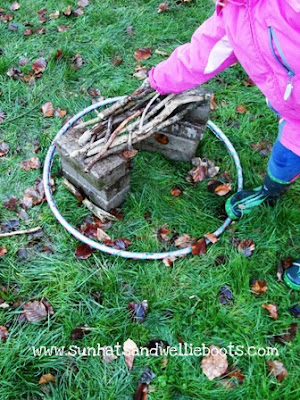 When it was complete Minnie proudly told me it was rabbit's house! Her imaginative play continued
as she created stories about rabbit & his friends & their many adventures together, which were just a joy to listen to.