I had to share these Incy Wincy Spider treats with you. Minnie (3yrs) is happier with 'silly' rather than 'scary' spiders at the moment, so I tried to make these arachnids look as friendly as possible! 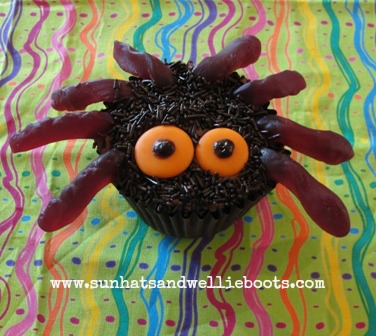 To make our Incy Wincy cupcakes we used:

We mixed the flour, margarine, eggs & sugar together in a large mixing bowl & then spooned the mixture into cupcake cases, popped them in the oven (180c) for 15-20mis until golden, & then left to cool.

Whilst the cupcakes were cooling we made up our chocolate frosting. Here's where the real messy fun began!!

We beat the butter until soft, then added the icing sugar, cocoa powder, milk & vanilla, & mixed until smooth & combined. (If the mixture is too thick just add a teaspoon or two of milk.)
Then we simply spread over each cupcake & added two orange buttons for the eyes 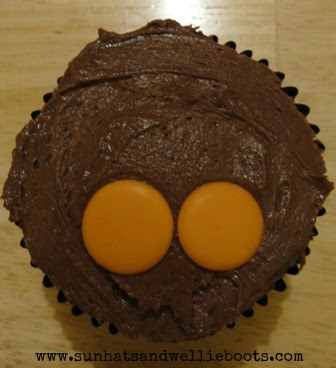 For the legs I cut eight jelly snakes in half & added four (halves) to each side of the cupcake. 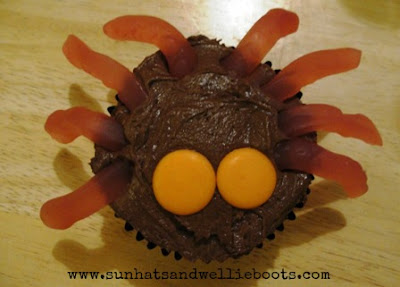 To complete our friendly furry spiders we sprinkled the chocolate vermicelli over the cupcakes, then finished off the centres of the eyes using the black icing tubes. 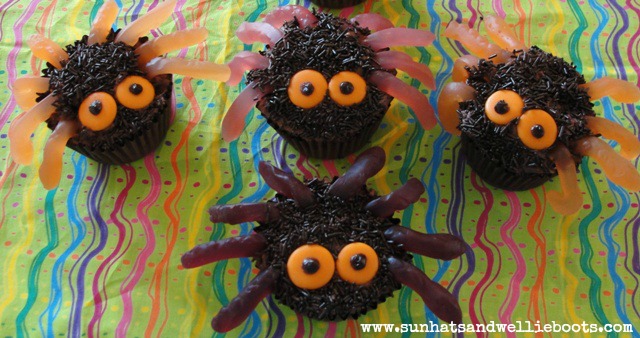 These treats have proved very popular with children of all ages, & are great to make & eat together.

Just keep an eye on them though to make sure they don't escape, those legs move fast!! ;-) 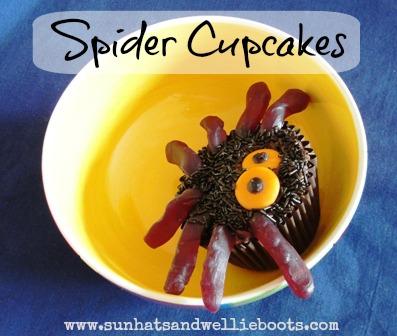