Someone has been going loom band crazy in our house recently, & is so excited to have mastered this newly acquired skill. Ever since a friend's older sister taught Minnie how to weave these rubber bands together without a loom she has been making more & more creations to share with friends. 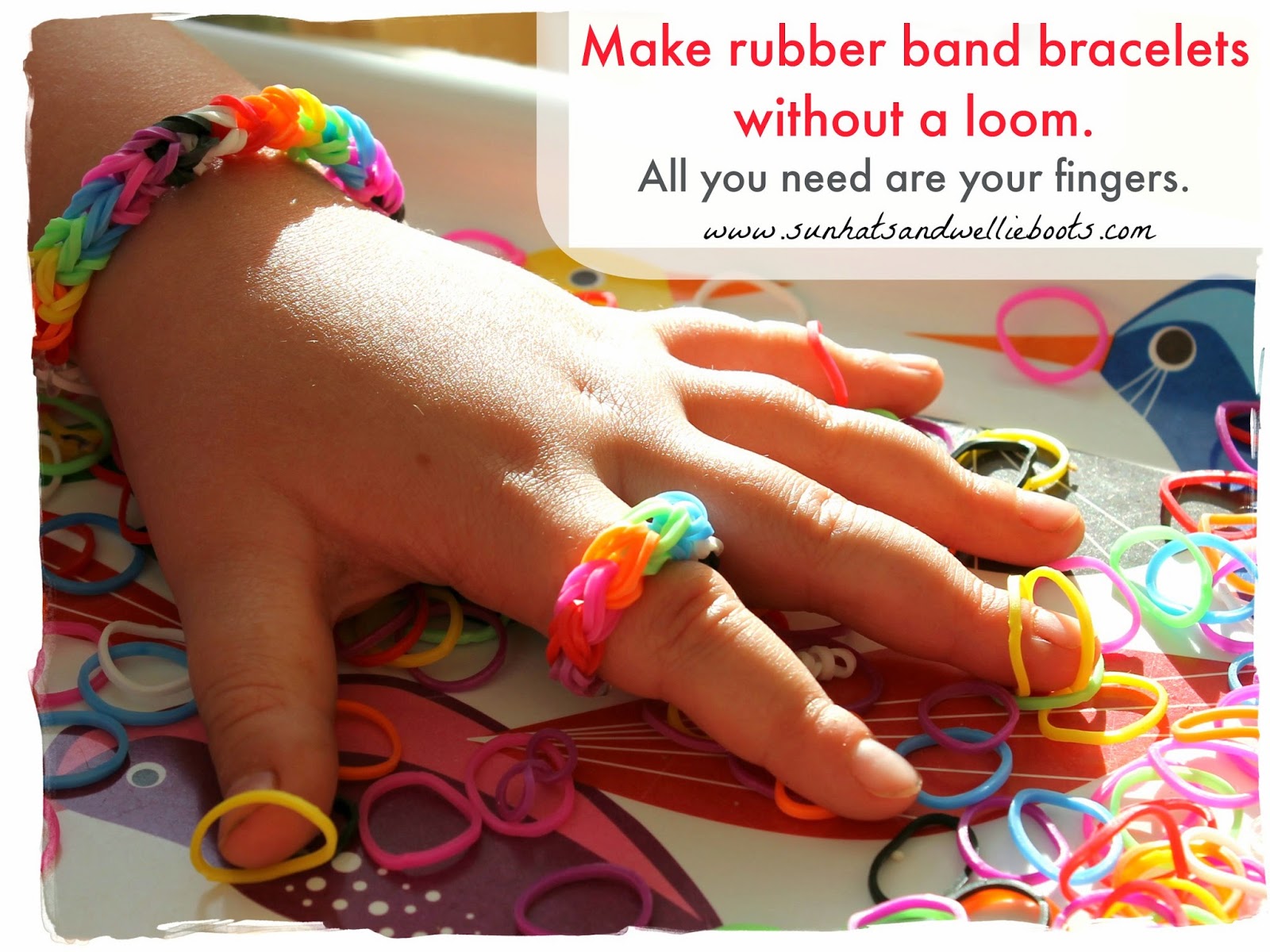 I love listening to her as she creates each item & how she considers the colours for each person she is making something for, which pattern they'd prefer, & which size they'd need. I love that each one is so personal & unique & reflects something of their friendship. It's amazing to observe the speed at which she makes these items too, & how easily she manipulates the bands.

To weave the rubber bands together she uses just two fingers (index & middle finger) & starts by winding one band around them in a figure of eight (one finger in each of the two circles created) & then repeats the same pattern with the next band. 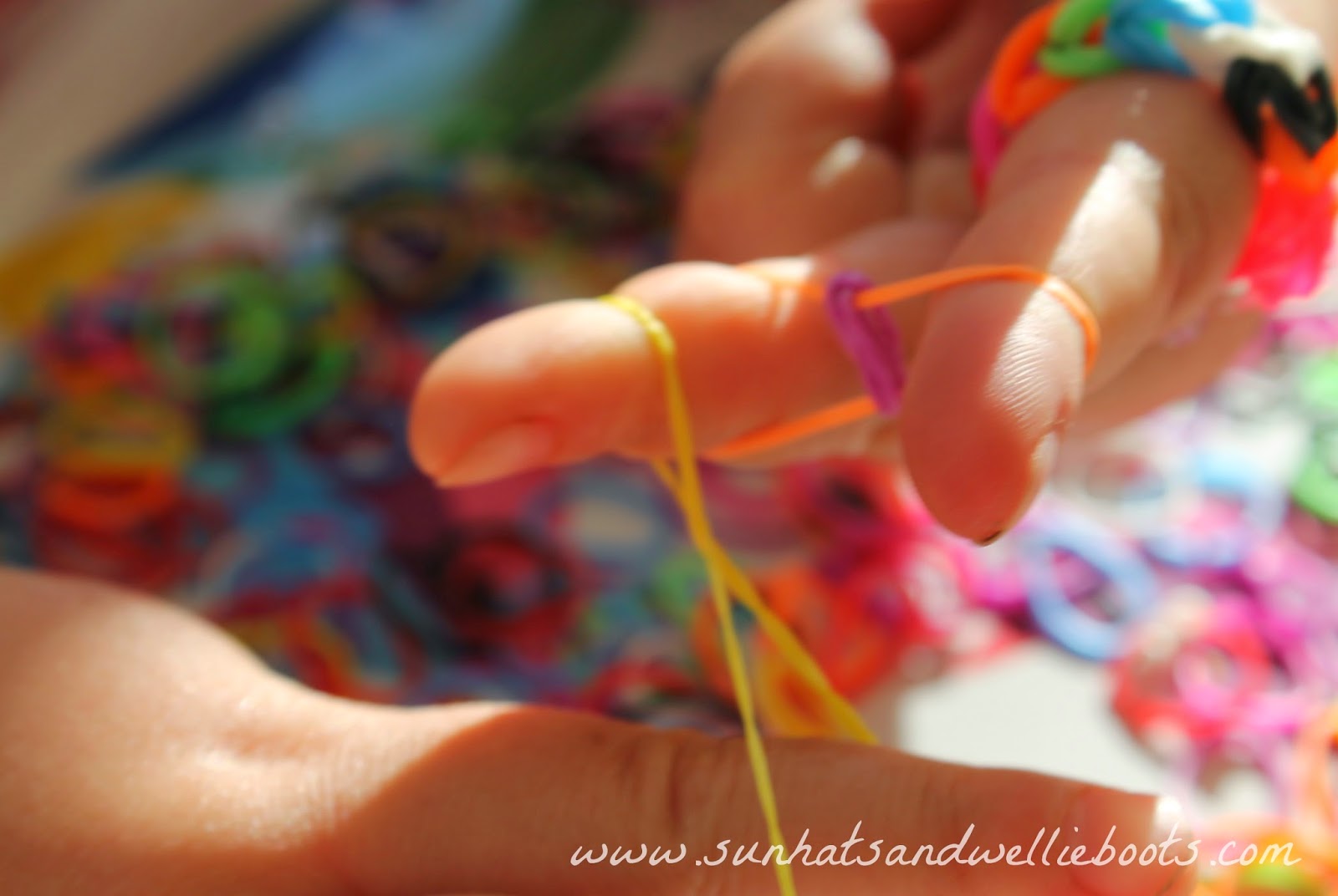 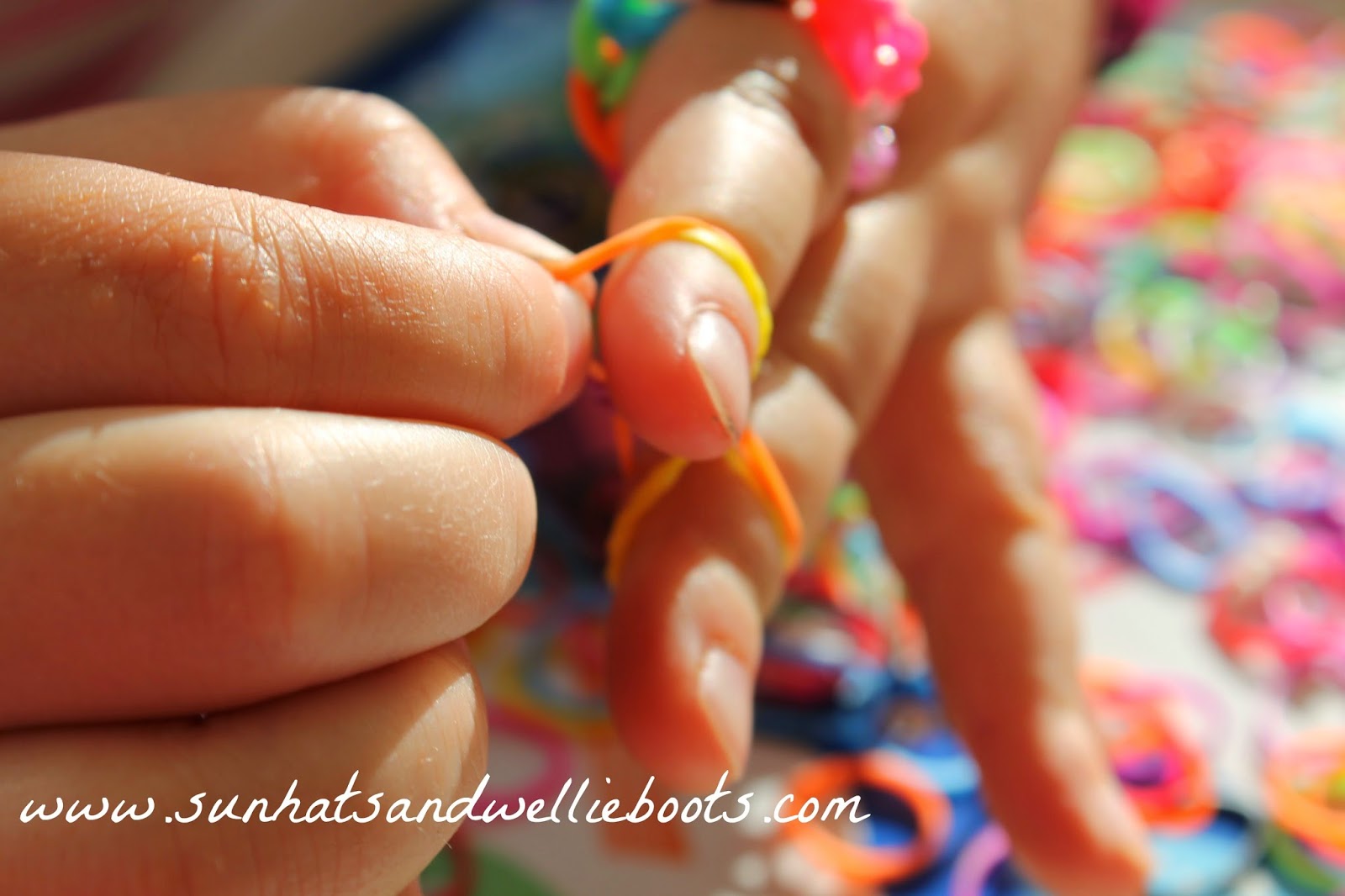 The photo below shows how Minnie joined the first three bands together, she started with purple, then added orange & yellow. As you add more bands the shape of the bracelet will become clearer. 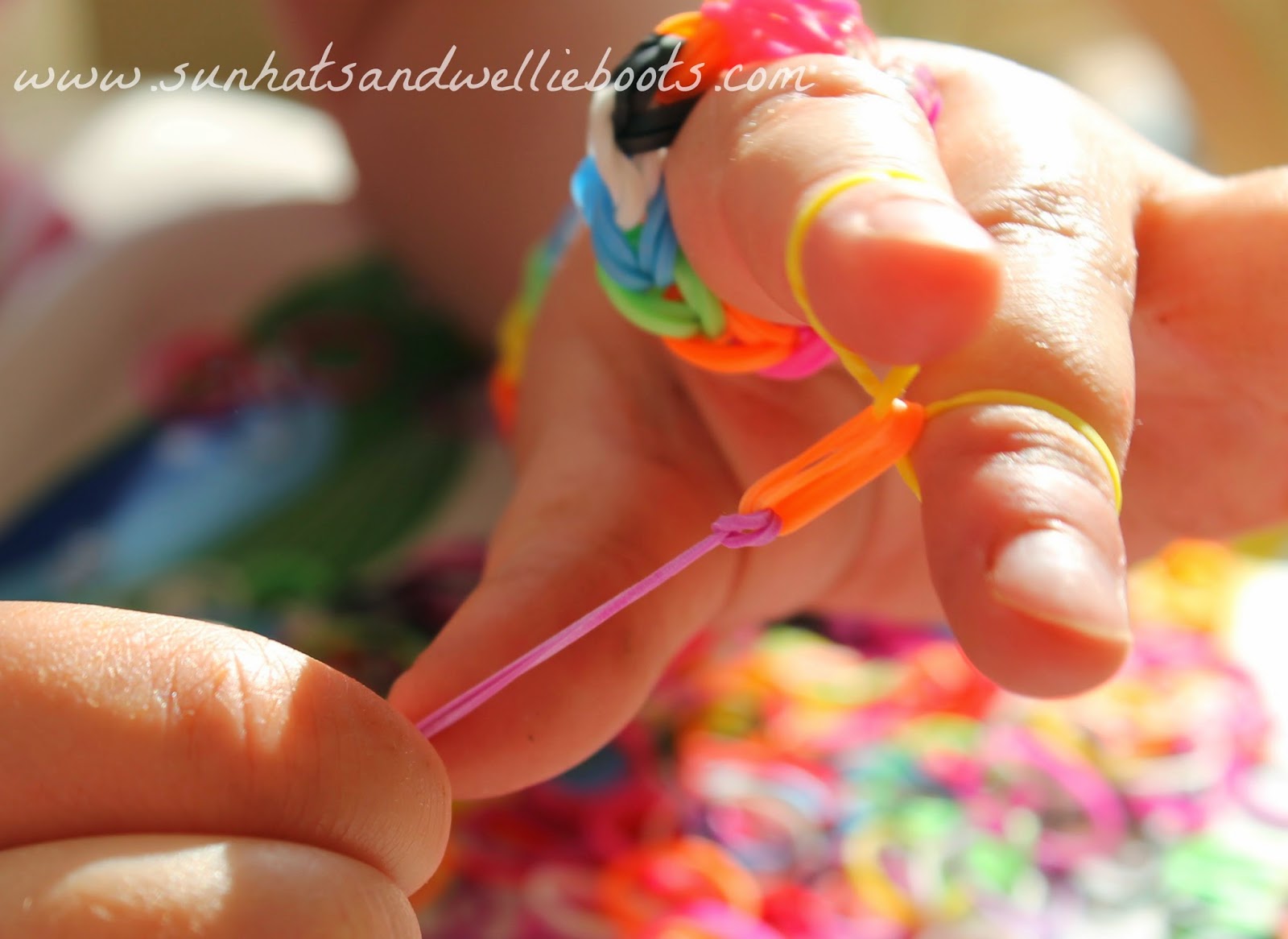 Continue the figure eight pattern (lifting each band over the fingers as before) until you have the desired length, then add a clip to each end to complete your bracelet.

To create a thicker bracelet you can weave two of more bands together at the same time. 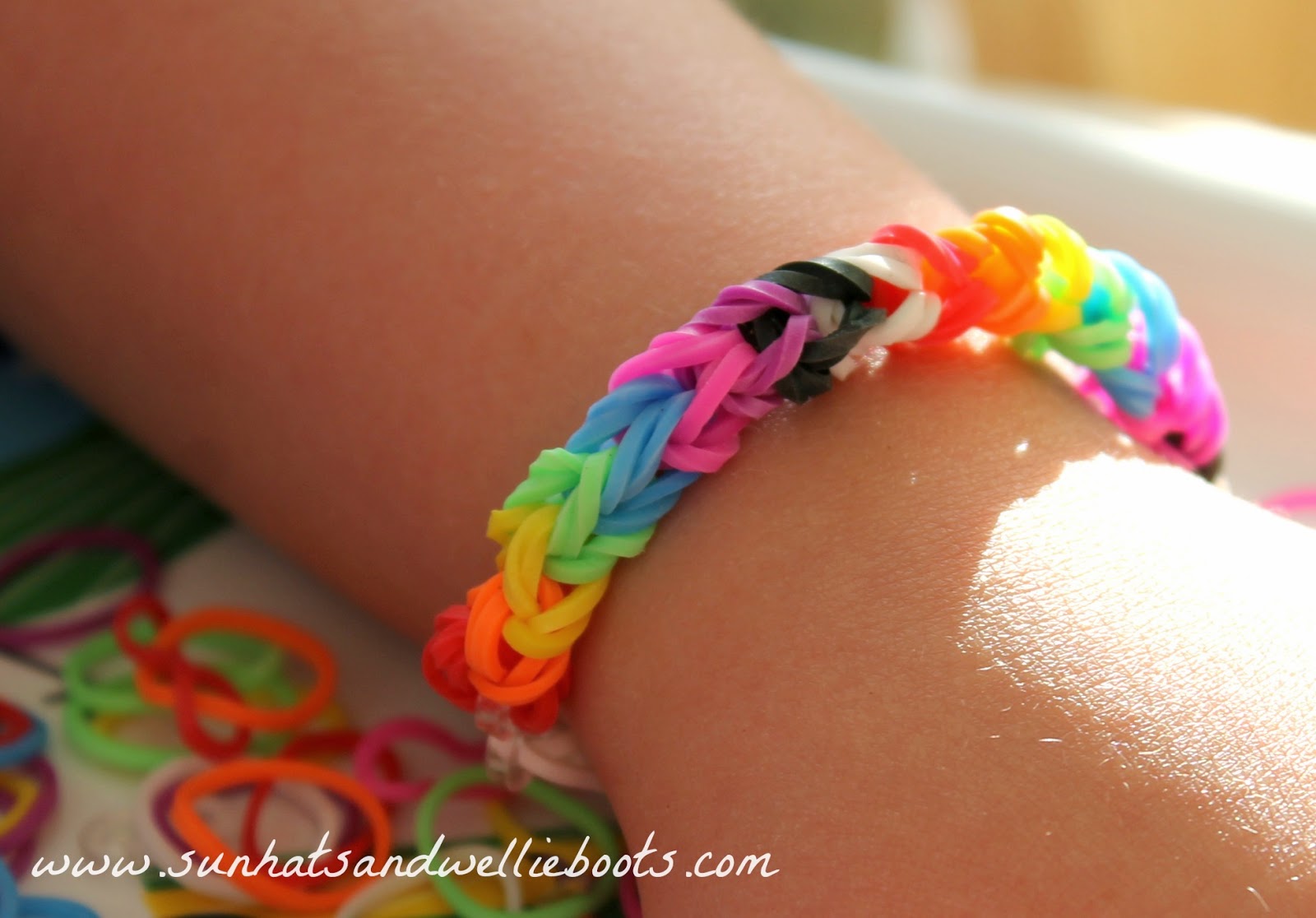 These loom bands aren't super elaborate like some I've seen (Minnie is just 6 years) but she is so proud of each one she creates. Whilst making them she's been able to explore & create a variety of patterns, estimate the length of each bracelet, & count in multiples of two while using double bands. Who would've thought loom bands would help you practice multiplication! 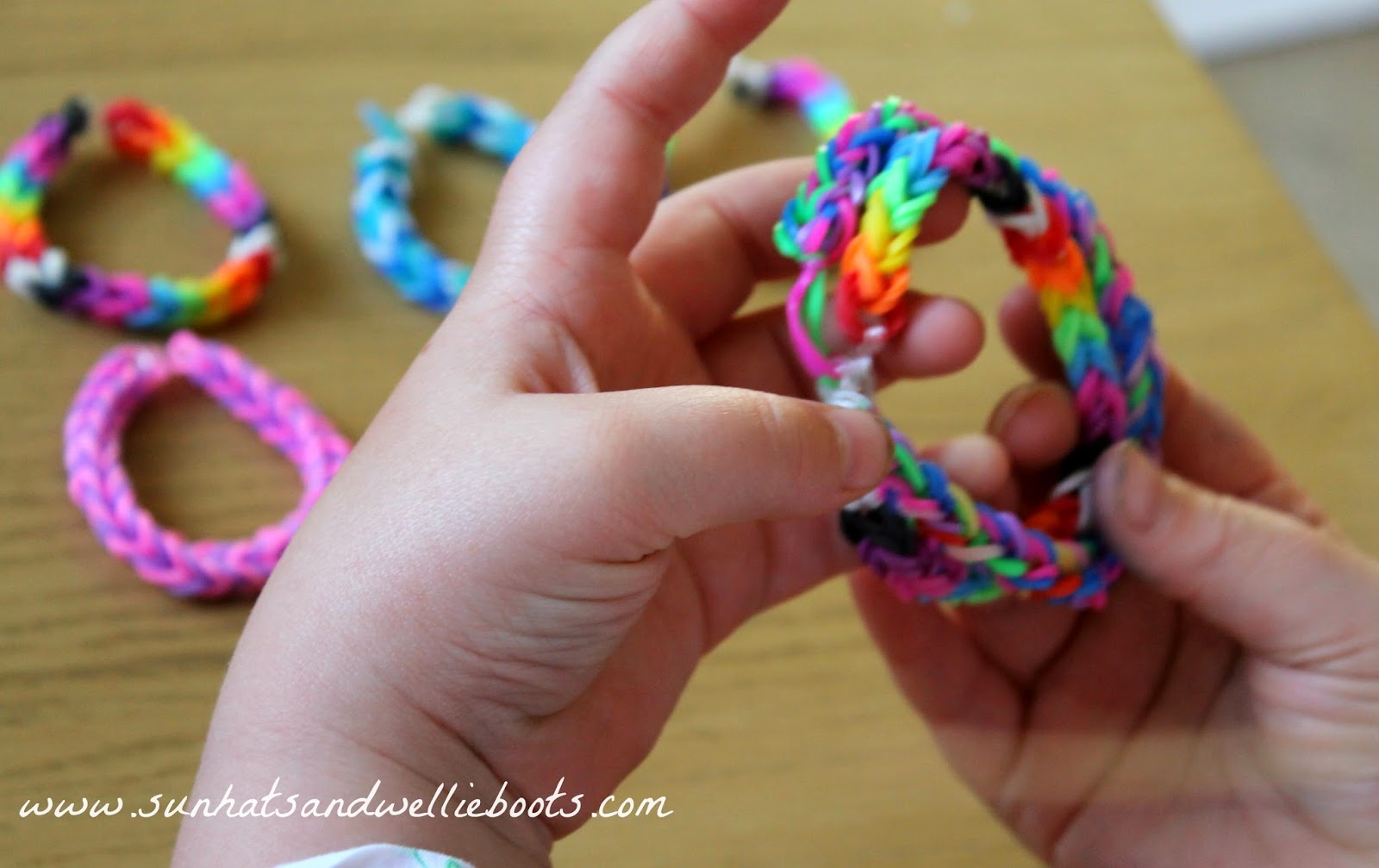 This is such a simple activity & one which can travel anywhere. I'm guessing we'll be making many more creations like this outdoors in the sunshine this summer, & enjoying some maths practice too!