Start the new year with a bang with these homemade confetti balloons!
So simple & frugal to make. 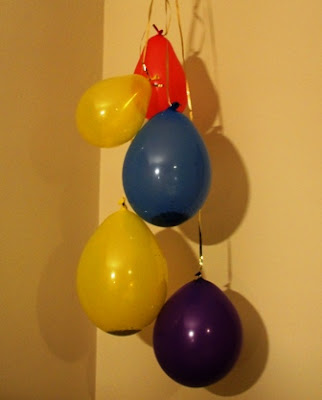 We used
Balloons
Recycled Christmas gift wrap & wrappers from crackers
A hole punch
Glitter
A funnel
Minnie hole punched the paper, until we had enough punched circles to fill around four balloons 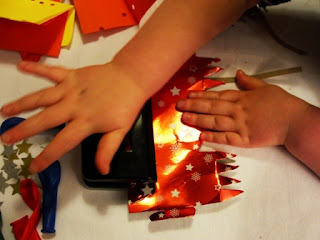 Using the funnel we poured our homemade confetti & glitter into the top of the balloon. 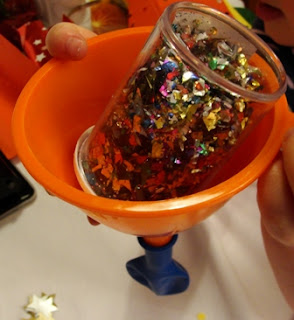 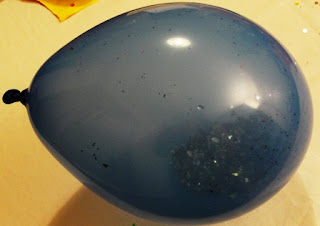 We repeated until we had four filled balloons & attached them to the ceiling. 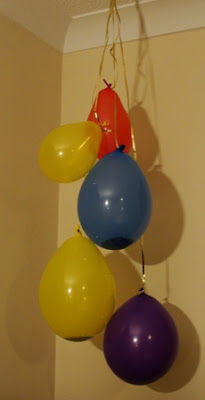 If you're not keen on these balloons bursting & covering your carpet in glitter, they could be hung outside instead.
As we popped each balloon the confetti showered Minnie, which she loved! 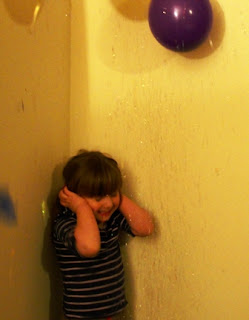 Although the balloons were hung from the ceiling they were low enough for her to pop, & she couldn't wait to have a go! 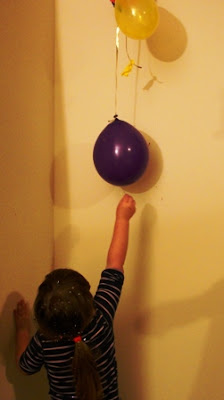