We are loving the 30 Days to Hands on Play Challenge set by The Imagination Tree & Hands on as we Grow! Minnie is one of those clever kiddos who needs little sleep (unlike her mum) & wakes up around 5:30am most days. It's at this bleary-eyed time in the morning when my brain hasn't quite woken up that I've really appreciated the play challenge, & the simple play suggestion waiting for me on my PC. Most mornings while the first cuppa of the day is brewing, Minnie & I will explore the daily challenge. However if Minnie is interested in something else, then we'll save the play idea to explore together later in the day.

Today's challenge (Day 8) was Water Play & I just had to share with you this simple child led activity.

After she had had her breakfast Minnie decided to host an underwater tea party!

She collected plastic teapots, cups, mugs, & small world play figures & headed upstairs. When I asked where she was going, she explained that the tearooms were in the bath! (Of course!!)

She found some A5 flyers downstairs (that were ready to go in the recycling) & handed these out to her toys as invitations to the tea party! It was turning into quite an exclusive party! ;-) The toys had to show these invitations before they were allowed into the bathroom (!) & when Minnie's bubble bath was ready she hopped in with all the tearoom accessories, & toys! 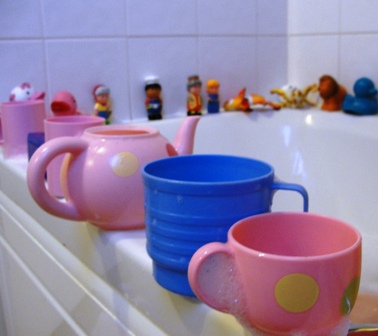 The tearooms were open & the guests lined up to be served by the waitress (Minnie). 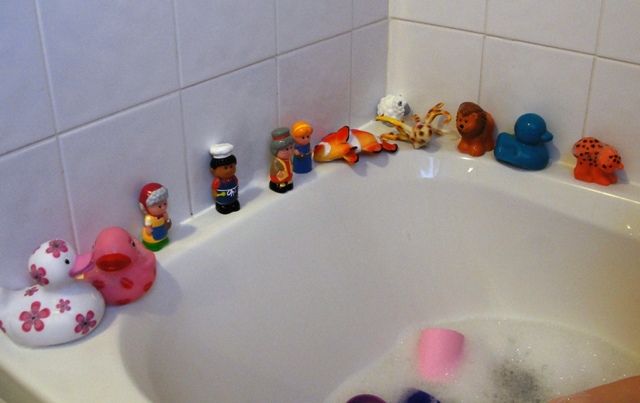 Cups & accessories were counted & sorted into colour sets, before tea was served. 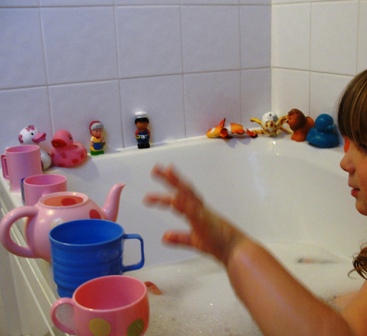 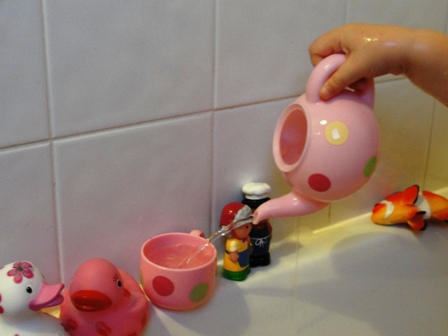 Ice-cream tea proved very popular & was always served like this! :-) 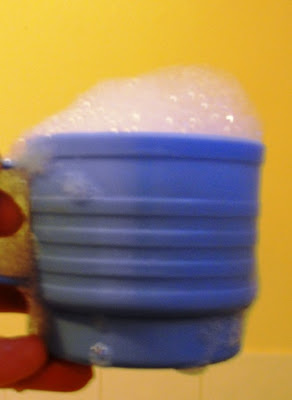 The tearoom play continued with the guests being offered more & more tea, alongside chocolate cake (in the form of a bar of soap)! 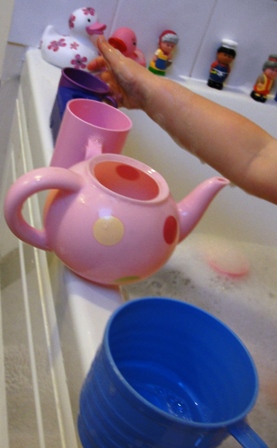 The guests also enjoyed swimming, jumping from the side of the tub, & floating on a nearby bath boat! I love Minnie's creative imagination, just fantastic!