As I mentioned in an earlier post we’re currently on a Christmas card mission! We’re trying to make all our Christmas cards again this year, & have turned our kitchen into a card factory full of messy fun & creativity! 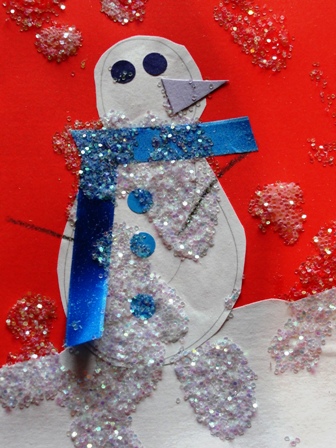 These snowmen cards were a great opportunity to explore shapes, colours, & of course design.

Minnie drew lots of circles (freehand) on a sheet of A4 paper to create the heads & bodies of the snowmen, & cut most of them out herself. (For younger children pre-cut circles would be easier to use) 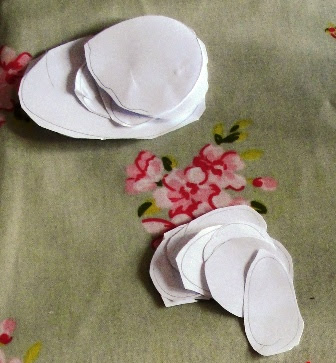 Using another A4 sheet of white paper she cut some wiggly strips which she loved! We used these to create a snow effect at the bottom of the cards.

For our folded cards we used sheets of red card (A5 size folded in half). Minnie glued the layer of snow & then added two circles to build her snowmen. To add details Minnie used sticky dots which required some fine manipulation! (Several were later discovered up sleeves & stuck to tights!) :-) 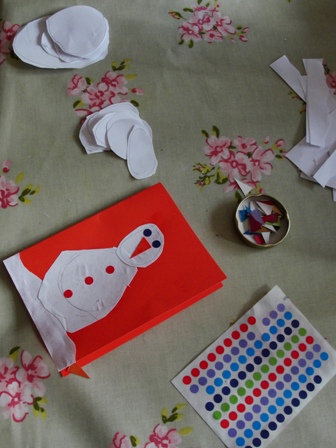 Minnie stuck a pre-cut triangle to each snowman’s face for a carrot nose, & then added a mouth & arms with a crayon.

Then it was time for the glitter!! With a sheet of newspaper under each card, we were ready for the glitter shower! Minnie painted small dots of PVA glue onto the card using a fine paintbrush before adding the sparkly snowflakes. When the excess glitter had been shaken off the card we used the newspaper as a funnel to tip the remaining glitter back into the pot. 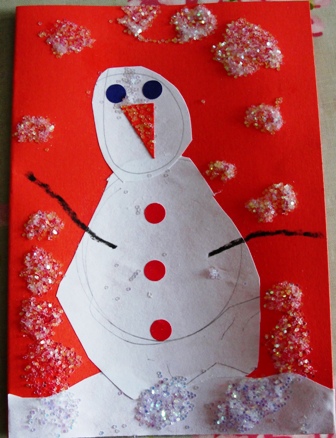 To finish off our shape snowmen we added hats & scarves in rectangular & square shapes. 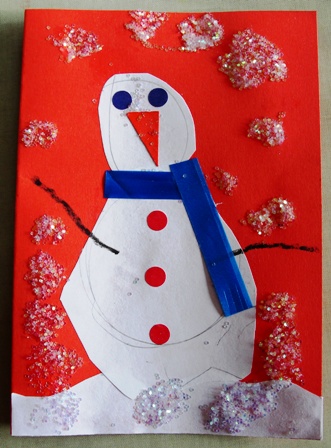 I love that each of these snowmen look a little different. 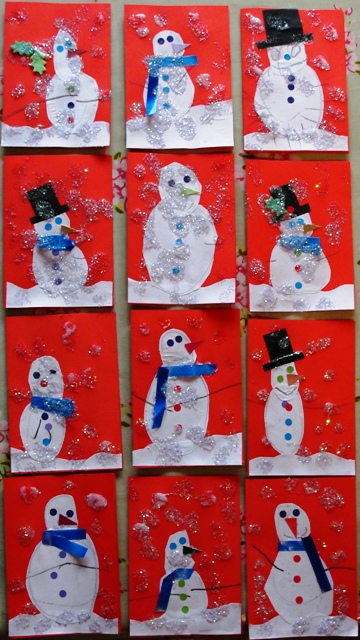 My two faves are the winking snowman 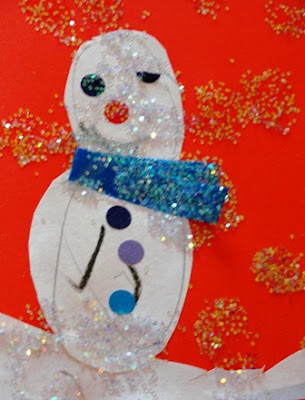 & the snow-spider!
(I’m still trying to explain that a spider only has 8 legs, but I guess the legs are just too much fun to draw!) 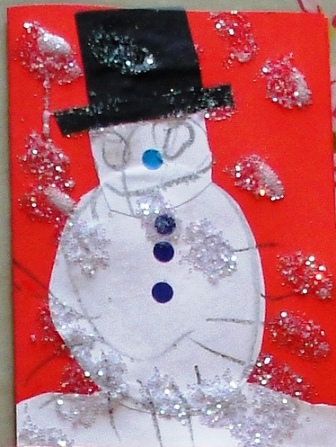 These snowmen cards could be adapted to accommodate a whole variety of shapes. How about adding oval shaped mittens, or a starry night sky background, or even a diamond pattern for a scarf. Or just see what designs are created when a range of different shapes are on offer.