We've had this small world play scene set up for a few days now & it's sparked so much conversation, discovery, imagination & storytelling! Previously we've explored wildlife & habitats during the day, but never really explored what happens at night... 'til now! 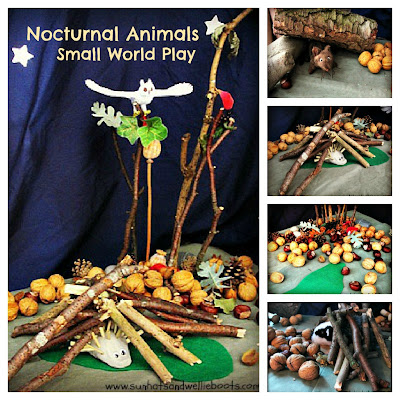 With a few simple props I made a starlit woodland. We had a low storage unit in the corner of the room which made the perfect play area, & I simply pinned a navy sheet to the ceiling & tucked behind the unit. I found some old curtain fabric for the woodland floor, & then added conkers, pinecones, acorns, & beechnuts that we'd collected on our woodland walks. A friend had given us a bag of homegrown walnuts which were another ideal addition. 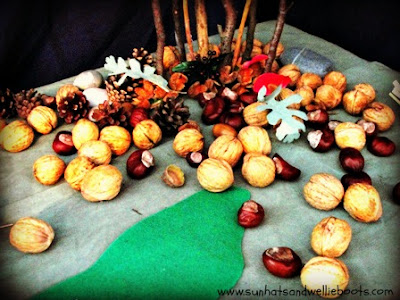 I had some old silk flowers & cut off relevant petals/leaves that would fit into an autumnal woodland theme. I really wanted this play scene to reflect the current season, so added twigs for trees (that Minnie had collected) & attached a few silk leaves, as well as dried leaves from the garden. I added a few red/orange petals too to reflect the seasonal colours of the leaves, & then simply pushed them into some plasticine. (I could have used clay to keep them permanently in place, but wanted Minnie to have the opportunity to rearrange them if she wished.) 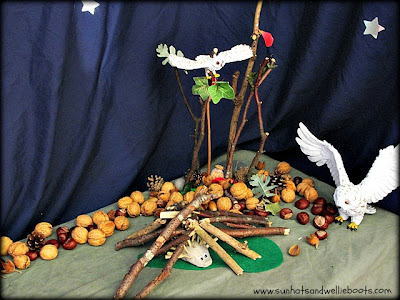 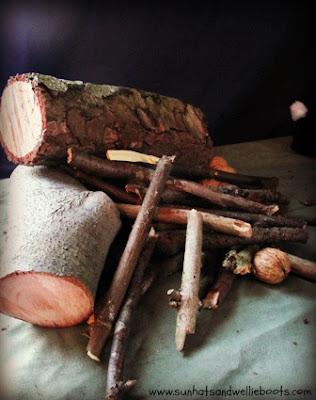 I added some of Minnie's nocturnal woodland creatures, & a couple of our clay hedgehogs, & the area was ready for play. 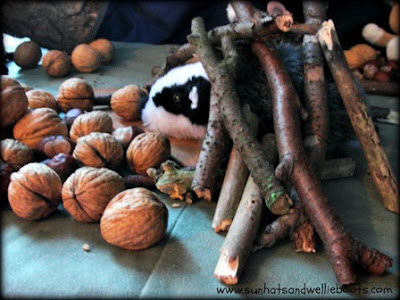 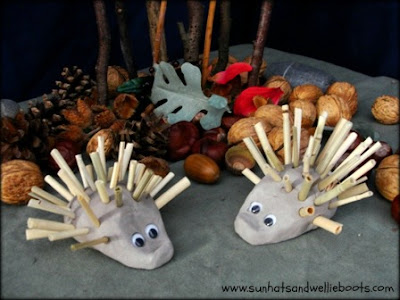 It's been wonderful to hear Minnie's knowledge of habitats, wildlife, etc as she plays with the woodland scene, & wonderful to see her including all the natural resources in her play.

A few additions were made by Minnie...

badger was given a new home (egg box) which Minnie retrieved from our recycling box... 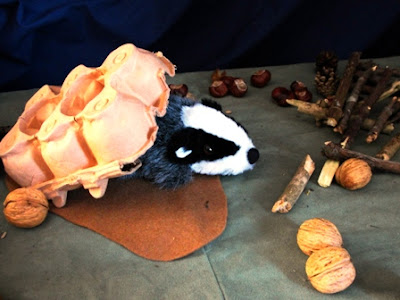 and a star finger puppet (twinkle twinkle star) was added to a tree! 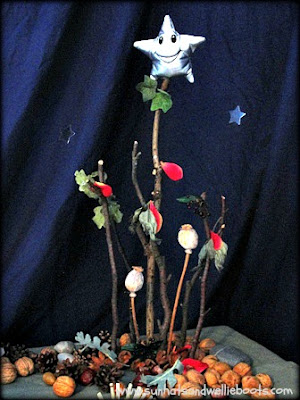 Her play has included the animals collecting nuts & 'burying' them in the ground, keeping them warm & tucking them under twigs & leaves, & of course a game of 'hide & seek.' She's also counted, sorted & matched the nuts & leaves, & considered the effects of weather in her imaginative play. 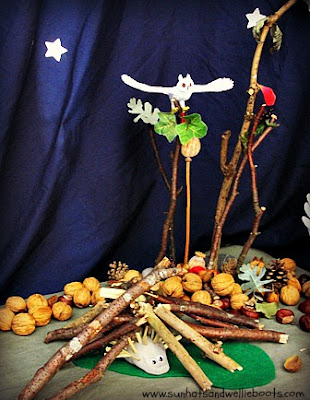 This little scene has been a fun way to explore nocturnal habitats, wildlife, seasons, nature, hibernation, & has also encouraged Minnie to think about the resources available for the wildlife in her garden. And of course, it's been another opportunity to explore moonlight & starlight too!